For the first time in ViolaNation’s history, at least to my knowledge, we are publishing from the President’s office. No, we aren’t creeping, we are actual guests. Send any of your thoughts or comments for Rocco below.

Let’s be honest, everyone’s favorite part of House Hunters and House Hunters International is waiting to seeing which house they picked and how they customized it to their tastes months later. We all hate that person or family who inevitably chooses not to pick a house. We at ViolaNation are not those jerks!

Keeping in the House Hunters lineage, we want to keep our readers of “Fiorentina Fan Spotlights” aware of any happenings since the articles were written. Fortunately for us, we have two updates to share with you.

If you recall back to August 12th, ViolaNation put out its second Fiorentina Fan Spotlight, writing the story of Flavio Gori and his Fiorentina Fan Club Tokyo. One thing that still stands out to me is the conviction that this group of fans have staying up into the early hours of a Sunday or Monday morning to watch Fiorentina games.

Flavio, along with a few friends from Tuscany, created this fan club in Tokyo and have been doing their part to help globalize Fiorentina. Their passion for Fiorentina was very evident when I first interviewed him. At the end of that article he asked me to post just one request that he had, “One thing. To be able one day soon to give Rocco and Joe Barone our Fiorentina fan club t-shirt and see them wear it proudly”.

Flavio was in Firenze for two weeks, a return home built around the Juventus game. I learned quickly that Flavio isn't a man of mystery, he is in fact a man of the people. I don’t know of anyone involved in more parties and parades than he. 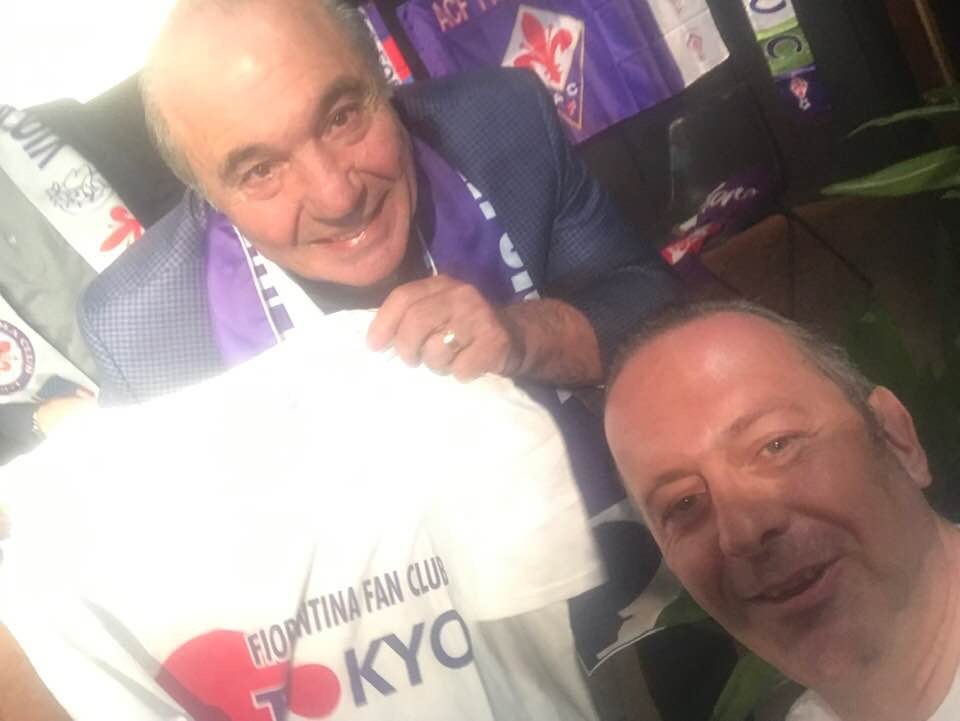 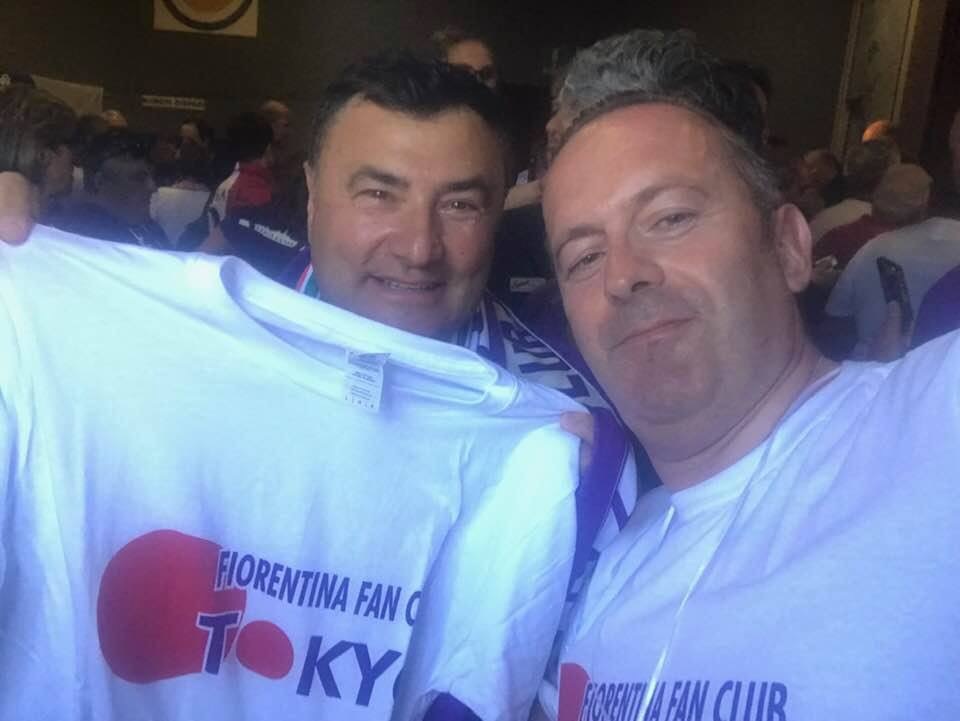 On the morning of the Juventus game Flavio achieved his goal. Both Rocco and Joe Barone took the time to meet with fans and take pictures before the game at Teatro Sancat, near the stadium. It was a wonderful gesture that moved many. Flavio waited his turn and when Rocco and Joe were presented with his club’s shirt, he jumped up and snapped his picture. Flavio, “I said hello to Rocco, introduced myself as the President of Fiorentina Fans Club Tokyo. He said he knew of who we are.”

Later, while in one of his many parades, Flavio again saw Rocco on the street waiving him on as he rode with the Guelfi Knights. “I shouted to Rocco, asked him to join. We would love to have Rocco join us as a Guelfi Knight.”

On August 22nd we put out the third Fiorentina Fan Spotlight, focused on super fan and team gelato sponsor, Sergio Dondoli. I know I have said this many times before and I need to say it again. If you have an opportunity to take a trip to San Gimignano and visit Sergio and Gelateria Dondoli, DO IT! I have a day trip for my entire family planned in October specifically to taste the gelato at Gelateria Dondoli... well the wine at Tenuta Torciano is a big plus too!

Like Flavio, Sergio also had a hope coming out of our interview. Sergio told us, “One day soon I hope to be in the company of Rocco Commisso and Joe Barone and serve them the fan favorite Curva Fiesole gelato in the VIP lounge of the Artemio Franchi.”

When you are the person serving the most delicious thing in the VIP room, you seem to make your own destiny. At the Napoli game, Sergio had the opportunity to meet with Rocco and his family for the first time. “I met with Rocco and his wife. I gave his wife a small gift and was able to take a couple of pictures. He was very busy, but I hope to again soon speak with him about our gelato some more.”

I have no doubt the gelato was enjoyed by all.

It is hard not to be envious of ourselves when you think about our current owner and all that he has done for the club and its fans. The dissonance in Firenze the past few years and what we see now in Sampdoria seem light years away now. In contrast, “our guy” greets those waiting at the airport for his first visit to Firenze instead of sneaking by. He takes the time to do interviews, sign autographs, take selfies with fans, and help long time fans and amazing children sick in a nearby hospital realize their dreams.

These gestures by Rocco and his staff may seem small by themselves, but they add up to much, much more. We’ve seen in three short months a glimpse of his passion, which has now become contagious. I’ll leave you with this video as an example.