The Waiting Is The Hardest Part

Share All sharing options for: The Waiting Is The Hardest Part

Here we are, deep in to June, one of the worst months in the world for most fans of the world's most popular sport.

Most leagues have just finished, national play is virtually over, with the exception of the Confederation Cup and a lot of the players are out on the beach, or in the disco, or back with the families, or maybe drunk in some back alley, leaving the fans little outlet for their passion, which doesn't seem to want to take a vacation.

The so called journalists and various pundits try to respond to that passion with every rumor imaginable, but the fantasy doesn't seem to quench our desires for the real thing.

The good news here is that the transfer window opens in a few days and if Fiorentina have been holding onto any secrets, that will be the first opportunity to pull the trigger.

All that being said, I have no news in regards to players, or transfers or anything else related to the squad, but I do have a little tidbit of news for you.

As this is clearly not enough to satisfy even the most casual of viewers and in a blatant attempt to leech hits from twitter and facebook I give you a cat. Feel free to recommend captions if it so pleases you 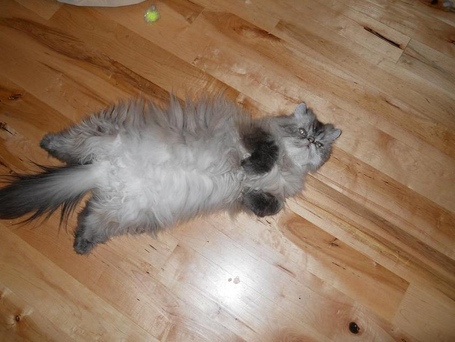