With Milan playing in Turin and Fiorentina facing Torino at the Franchi, the viola have the opportunity to pull the Champions League down to a single point difference. Fiorentina face the co-owned Alessio Cerci and former man Mario Santana as they find continuity and pull the season into a tidy close. 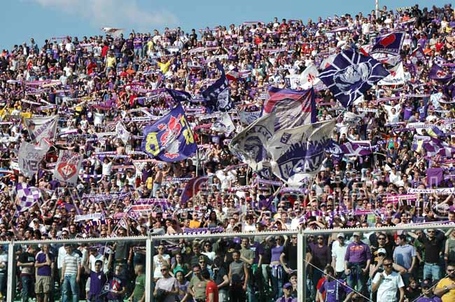 Montella's boys pulled off a neat win against Atalanta in Bergamo last weekend. A sign that Fiorentina is finding as much confidence on the road as they are at home. With goals from David Pizarro and a corker from Marcelo Larrondo, they have pulled themselves into difference of only 4 points from the Champions League, also keeping in mind that Fiorentina has the advantage over Milan should the teams become tied. This weekend Fiorentina go up against a Torino side led by a revitalized Alessio Cerci and former viola Mario Santana, looking to make their mark against former teammates. However despite Torino's spot on the table they are not a team to be underestimated and they could cause nasty surprises.

With 36 points, Torino sit comfortably above the drop zone. They could call their season right now and probably still avoid the drop. Led by Rolando Bianchi with 10 goals and Alessio Cerci with 5 they've racked up 6 wins and 6 losses at home. They come to the Franchi this weekend looking for at least a draw. Despite results, you can count on the twinning between Fiorentina and Torino to always make this a very special match, especially for the fans.

As Fiorentina approach the summer a number of developments have been making the rounds this week. Fiorentina are ramping up interest in Marcos Alonso from Bolton while also eyeing Paulinho from Livorno. Prade and Macia insist they are not intending to sell any of the main pieces this summer. On another front, Mencucci announced that they are restructuring parts of the Franchi to modernize them ahead of playing some sort of European football next season. They plan on remodeling the Tribuna and adding executive suites as well as a new plan by the Della Valles to have other presidents and team managers sitting with them during matches. Contract negotiations are set to take place with Toni and Montella while Ljajic is on hold and Jovetic faces a still uncertain future.

Montella is still undecided as to go with the 3-5-2 or the 4-3-3 for tomorrows match. A 3-5-2 would see Roncaglia move out to block or as Montella has described it "smother" Cerci, while a 4-3-3 would see Roncaglia out in favor of Viviano, Gonzalo, Compper, Savic, and Tomovic. Pizarro, Aquilani, and Borja would take their regular spots with Ljajic and Cuadrado up front. As for the main attack, athough Jovetic is training with the team, it is more likely that El Ham will get the starting nod.

Fiorentina has always had a steady record at home with Torino, however as we saw earlier in the season they cannot always be written off. Especially when playing with exes. Still tomorrow is golden opportunity, and Europe looks much closer.