Between a Rock and a Hard Place: Atalanta-Fiorentina

After a controversial tie with Milan last weekend, and a number of teams rising up to 4th place, Fiorentina find themselves in a precarious yet hopeful position as Milan have a succession of tough games while the viola start the mid to low table roll call. However an injury crisis and a determined Bergamasco side could make life complicated.

Share All sharing options for: Between a Rock and a Hard Place: Atalanta-Fiorentina 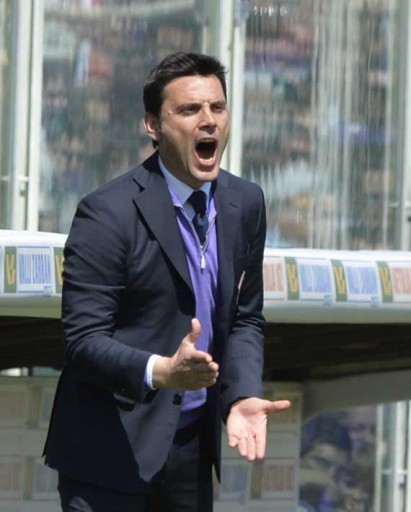 Fiorentina are facing their first true injury crisis of the season. To quote a once famous comment "It looks more like a triage unit than a team." Toni, Jovetic, Mati, Savic, Pasqual, Wolski, Hegazy, along with Rossi and Camporese are all looking at a long weekend of treatment while Montella comes up with a B-Team (possibly with a new captain) to take on an Atalanta side that humiliated Inter last weekend. Montella is being constrained to a 3-5-2 as El Hamdaoui returns to the starting spot and rising favorite Marvin Compper starts in the back.

Atalanta surprised and shocked everyone last weekend when they came down from 3-1 to snub out Inter at the San Siro. Their position on the table doesn't reflect German Denis' 15 goals this season along with Giacomo Bonaventura's 7 who has attracted the eyes of Prade and Macia. Denis' hat trick last weekend shows that Atalanta has refused to go softly and at home they've been a frustration to a number of upper tier teams. Stefano Colantuono is facing his own bench problems as he has to do without Raimondi, Cigarini, Cazzola, Marilungo, Budan, and Bellini.

Abet a controversial draw, Fiorentina have shown second half resilience as of late. Although it hasn't been perfect, there is less of a sense of parking the bus and more of pushing forward. Montella found it quite easy to adapt after losing Tomovic quickly moving Pasqual to the front and expertly balancing the lines. This made all the difference as Fiorentina held the possession and made life difficult for the Milanese. Of particular note has been the resurgence of Ljajic from the chocolate eating long haired kid to a player who makes a difference game after game. His position is solidified and he is having an excellent run of form at the moment. It will be interesting to see what kind of relationship he'll have with a technical player like El Ham. With Lazio and Inter nipping at Montella's heels, a win is absolutely crucial tomorrow.

Montella is going back to the "classic" formation at the beginning of the season, with a couple changes. Viviano starts in goal with Compper, Gonzalo, and Roncaglia holding the back. The three tenors of Aquilani, Pizarro, and Borja join Cuadrado and one between Romulo and Migliaccio with the Brazilian in strong favor, while El Ham joins Ljajic at the top. The most likely contender for the captains band are between Borja and Gonzalo however there is the possibility that they could "symbolically" give it to Viviano.

Colantuono has a 4-4-2 with Consigli in goal covered by Scaloni, Stendardo, Lucchini and Del Grosso covering Giorgi, Radovanovic, Biondini, and Bonaventura, who support Denis and Livaja.

The key to the match is going to be holding back Denis. We've been struggling with losing crucial balls as of late, last week with Pizarro who was easily disarmed by Montolivo. If Fiorentina can find their tiki-taka form that we saw in the early season, we could make our matches less complicated to the end of the season.