Where Does It End? Fiorentina-Parma

In a week where Fiorentina dramatically expanded their team, their position on the table starts to shrink, as an increasingly roughed up viola side look to begin the fight back as they battle with the big three for European qualification.

Share All sharing options for: Where Does It End? Fiorentina-Parma 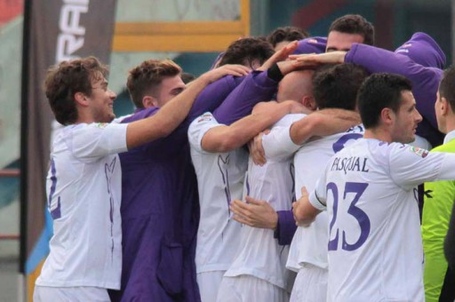 Fiorentina's midfield and attack had a welcome respite this week with the return of El Hamdaoui from Africa, and the announced signing of Mohamed Sissoko, the former Juve and Liverpool hardman, currently still with the Malian National Team. Fiorentina's dismal and winless January came to a close as the Florentines were shut down by a wild Sicilian side forcing Montella to once again rotate his keepers and ponder his choices of both formation and lineup. Neto, who had started his first games brightly has been sent back to the bench, as Emiliano Viviano gets to once again prove his worth to a team that so nearly dumped him off. The question is now, has he turned a new leaf, or will we be forced into the search for yet another keeper this summer? Gone are Cassani, Olivera, and Seferovic, as the viola formerly introduce Compper and Wolski, while Vecino will return in the summer for next season.

Tomorrow Fiorentina take on Donadoni's Parma at the Franchi. Parma sit exactly at midtable in 10th place, They've been dismal on the road this year, managing only two victories and six losses. Fiorentina faced Parma earlier in the year where Roncaglia introduced himself with a wonderstrike before Parma cancelled out Fiorentina's efforts late in the match. As Fiorentina head to their matchup in Turin against Juventus next week, anything less than three points tomorrow could be disasterous. With Milan having caught up and a hot Catania at the heels, Fiorentina have the opportunity to break away from the pack if they can find that hot streak that propelled them through the first half of the season.

Fiorentina's sterile attack continues to frustrate. JoJo needs to demonstrate that his head is still in Florence, as imprecision and rash decisions have left him bare of opportunities while Luca Toni feels a distinct lack of service. A more dynamic striker such as El Ham can make a big difference as Fiorentina can attempt to return to their tiki taka brand of football where the passes aren't just aimlessly thrown around. What Fiorentina needs is the team that played in Milan, the crisp, fast, and accurate plays that put players like Aquilani skimming across the face of the small area.

Aquilani's mouth ruled him out of this weeks match with Giulio Migliaccio the most likely to take his place. After a not convincing run of games, Montella has recalled Viviano between the posts with Gonzalo, Roncaglia, and Savic. Pizarro is likely to return with Borja, Migliaccio, Pasqual, and Cuadrado, who will support JoJo who could partner with Toni or an in form El Hamdaoui.

Donadoni comes to the Franchi with Mirante in goal covered by Benalouane, Paletta, and Lucarelli, while Biabiany, Gobbi, Marchionni, Valdes, and Parolo will support Belfodil and Sansone.

The key matchup is going to be JoJo vs Belfodil. JoJo needs to win balls, move into the area, and shoot when it's convenient, not when it's desperate. Fiorentina have suffered particularly with Parolo and Valdes and don't discount the ex factor with Gobbi and Marchionni.

Three points is a must tomorrow, anything less could see a viola re-revolution as the rest of the Corvino era pieces could be faded out.