After a lovely holiday and a late Christmas present from Prade Claus, Fiorentina are back to work at the Franchi as they take on lowly Pescara in the last match of the girone d'andata and get set to take on the second half of the season with rejuvenation and power.

Share All sharing options for: And We're Back! Fiorentina-Pescara 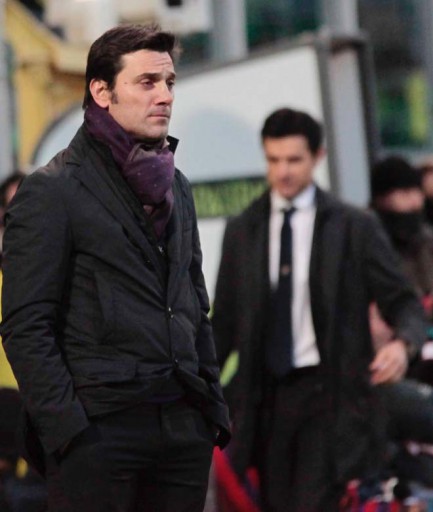 The last time we saw our boys in purple, they were standing victoriously at the Renzo Barbera in Palermo, having taken out a pink side with tenacity and ruthlessness and going into the Christmas break in third place and the highest of spirits. Now one Gangnam Style later, Fiorentina are back at home to round off the girone d'andata in style against lowly Pescara, a side that could have a moment of brilliance one week, and then collapse into a weeks long losing streak. With Napoli at Roma and heading back to Udine next week, it's a great time to distance the European contenders and solidify the hot seat.

Pescara rounded out their 2012 with a 2-0 win at home against Genoa but have been awful on the road with 6 losses away and five at home. Their objective for the year is simply salvation. They've already gone through a coaching change, having dropped Zeman at Roma and then replacing Stroppa with Bergodi. Arguably their most talented threat is Weiss whom they picked up from Manchester City, while the interestingly named Elvis Abbruscato makes his return to Serie A after a long stretch in the lower leagues.

Fiorentina shocked Serie A this week with the signing of Giuseppe Rossi who won't be ready till March but is ready to relaunch his career in Florence, while Fiorentina are also mulling a one year extension to Luca Toni who has surpassed all expectations while the team prepares itself for the seemingly inevitable "After-JoJo" phase. Viviano is beginning to feel the chill of his beloved Franchi as a possible return to Bologna is in the works while Neto has had a renaissance of sorts with impressive Coppa Italia and Serie A displays.

Neto returns to the starting lineup once again this week as Tomovic fills in for the suspended Gonzalo with Roncaglia and Savic. Valero, Aquilani and Pizarro are between Cuadrado and Pasqual while Toni partners JoJo up front.

Pescara come to town with Perin in goal covered by Balzano, Terlizzi, Capuano and Modesto. Nielson, Togni, and Bijarnason are behind Weiss who assists Abbruscato and Celik.

The main threats here come from Weiss and Abbruscato but should Pescara's swiss cheese midfield and defense continue, then the Franchi faithful are in for a good show tomorrow.