Inter v Fiorentina; It's Been Such A Long Time

Share All sharing options for: Inter v Fiorentina; It's Been Such A Long Time 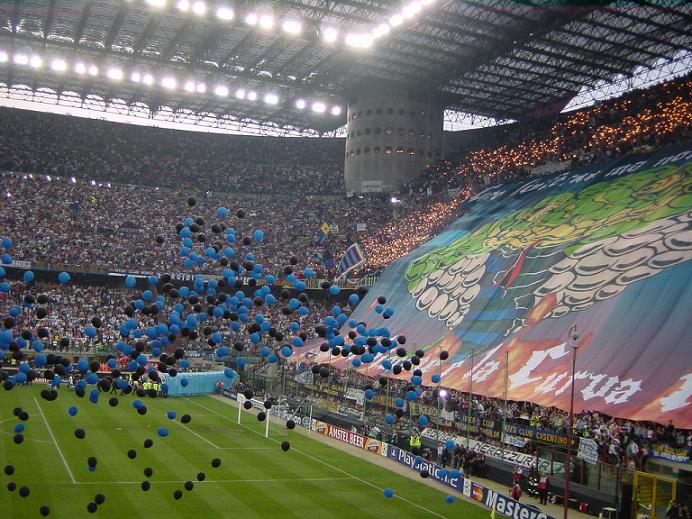 It was May 7th, 2000 at the Franchi, Enrico Chiesa and a guy named Gabriel Batistuta each scored a goal and Fiorentina beat Inter 2-0. It was a big day in Florence but, sadly, they haven't repeated the feat since. It's been over 12 years and a few months and La Viola step into the Milanese Fortress of San Siro, formally known as Stadio Giuseppe Meazza, with perhaps their best chance at finally earning the three points.

To make matters more interesting, Fiorentina have not tied at Inter recently either. Ten straight trips, ten straight losses, so even a draw would seem to be a great result. It's not going to be easy, however, as Inter have everything to prove to the home fans, having lost both their home matches, 2-1 to AS Roma and 2-0 to Siena. They have managed three wins on the road, at Pescara, Torino and Chievo, all of questionable quality.

Meanwhile, Fiorentina are on a high they haven't reached since the Prandelli Era, holding 6th place before the start of the match day and getting 8 points out of the first 5 matches. Most notable achievements in that stretch were an opening day defeat of Udinese, a 1 goal loss at Napoli that could've easily gone the other way and a scoreless draw with league leaders and Champions, Juventus, in which La Viola dominated play for most of the match, and could've got the three points if not for a header off the woodwork by Stevan Jovetic and a scuffed shot, one on one with the goalie by Adem Ljajic.

Inter's last match at Chievo featured a change in formation for Andrea Stramaccioni, he switched to a 3-5-2, and all reports suggest he will stick with that change. While Fiorentina's 3-5-2 looks to possess the ball and control the matches with passing and control, however, Inter's formation is more rough and tumble, looking to bully people off the ball and free up the forwards with long passes and counters. It should be a very interesting contrast of styles.

Complicating matters for the Nerazzurri will be the absence of Wesley Sneijder who is out for a few weeks. Also making things difficult is the fact that Antonio Cassano picked up a knock in training and it remains to be seen if he has a full 90 minutes in him, or even if he is able to start. If he's fit, i would expect him to take Sneijder's spot next to Diego Milito, who is fairly sure to get the start. If Cassano cannot go, you may see 19 year old Croatian forward Marko Livaja.

If Stramaccioni sticks with his formation from last week then the midfield behind Milito and the other forward, going from right to left should be Yuto Nagatomo, Javier Zanetti, Esteban Cambiasso, Fredy Guarin and Álvaro Pereira. Also possible are Gaby Mudingayi or Walter Gargano.

In front of new goalie Samir Handanovic, who came over from Udinese to replace Julio Cesar, will probably be Andrea Ranocchia, Walter Samuel and Juan. Matías Auguste Silvestre and Jonathan are also possible, although Cristian Chivu is not available due to a knock.

Fiorentina's version of the 3-5-2 will surely look similar to Saturday, with Viola's daddy, Emiliano Viviano in goal behind Nenad Tomovic, Gonzalo Rodriguez and Florence favorite Roncaglia Facundo. Seeing how the new back line match up with Milito and Cassano should be very interesting.

The midfield is where the questions lie for Vincenzo Montella. David Pizarro and Borja Valero are guaranteed in the middle, with Manuel Pasqual likely keeping his spot (and the Captain's armband) on the left. But the right side is still seemingly up for grabs. Juan Cuadrado and Giulio Migliaccio have seen a lot of practice time on the right side, but Mattia Cassani could also get the nod.

Stevan Jovetic is a certainty up front, but the other spot is less than certain. Mounir El Hamdaoui is still out injured and neither Ljajic nor Haris Seferovic have done anything to earn the position. Ljajic and Jovetic seem to have a decent relationship with the give and go, but Ljajic has been horrendous in the finishing department. Matias Fernandez has been getting a shot in practice at the other forward spot, so there might be a change in the air.