Share All sharing options for: Fiorentina-Juventus: Now With 70% More Bitterness! 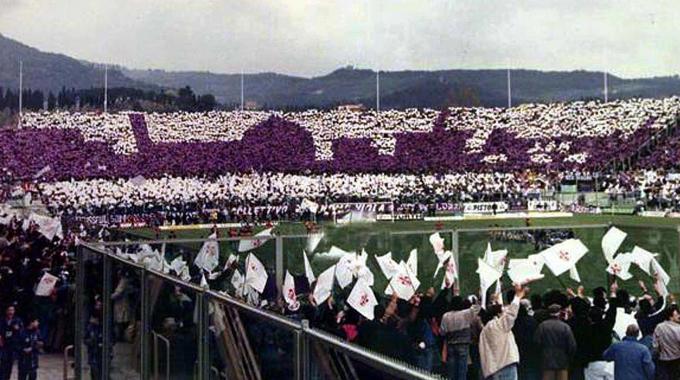 Fiorentina and Juventus form one of the most bitter and celebrated rivalries in Italian football. Stemming from a botched scudetto bid in 1982, to the 1989 UEFA Cup debacle, and the subsequent sale of Roberto Baggio, so heated it caused riots on the streets of Florence, it is a bitterness that transcends football, and every Fiorentina fan feels it. The hate is so widespread that in the rare instances that a player arrives from Juventus, the fans put him through a "DeGobbization" ritual to rid the player of his black and white allegiances. Following one of the most turbulent summers in memory between the team from Florence and the team from Turin, today's match is more than a game. It's revenge.

This summer Juventus displayed their crassness and egotistical mannerisms as stereotypically as possible. They badgered JoJo all summer with one ludicrous bid after another, and then had the audacity to hijack a done deal with Berbatov who screwed them over as well and left them with a very big egg on their face. DDV fought with FIAT owner and Juventus financeer Marchionne, and after a devestating 5-0 loss at home earlier in the year, the re-vitalized Fiorentina is set to show that this is not in fact the same team that they faced before.

So intense is todays rivalry, that the suspended Antonio Conte can't show his face in the stadium for fears of security. The Franchi will be roaring in 50,000 tonight as Fiorentina attempt to beat Juventus on home turf for the first time since 1998 when Olivera lobbed to Batistuta who delightfully headed the ball into the back of the net sealing a 1-0 win. Fiorentina haven't defeated Juventus since that famous day in March 2008 when we took a 3-2 win in Turin.

Montella (who has convinced the Della Valles to offer him a contract through 2016) is returning to the formation we saw against Catania, returning Pasqual, Migliaccio, and Ljajic to the starting XI. With the classic 3-5-2, Viviano will be in goal covered by Tomovic, Roncaglia, and Gonzalo. Pasqual returns to his side with Cuadrado on the other joined by Migliaccio, Borja Valero, and Pizarro. Ljajic returns to his place next to JoJo while Aquilani, El Ham, and Della Rocca still aren't fit.

Carrera is matching our 3-5-2 with his own starting Buffon in goal with Barzagli, Bonucci, and Chiellini covering Lichtsteiner, Vidal, Pirlo, Marchisio, and Asamoah, with Giovinco and Quagliarella up front.

The main key to this match are going to be shutting down Pirlo by pushing a hard man (Migliaccio) up against him and also disrupting Asamoah with Cuadrado. Man marking and retaking possession are going to be the winning factors while giving Borja and Pizarro the mans to control the flow of the game. Tomovic and Roncaglia are going to have to watch Quagliarella who can pull off goals out of seemingly nowhere while nobody should ignore Giovinco. Toni should come on only in the last 20 minutes, unless Ljajic decides to go hot tonight and crosses have to be accurate.

Juventus is the test of the season. But they are everything except unbeatable.