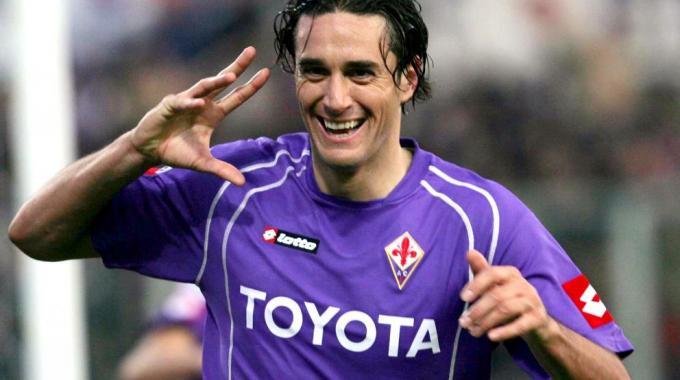 After being upended by a feisty and egotistic Bulgarian, Fiorentina welcomes back a fan favorite and one of the symbols of the refoundation to the Franchi. Luca Toni's #30 comes home.

In the summer of 2007 Luca Toni, his season cut short to injury, stood in the middle of the Franchi pitch and saluted the fans after a 5-1 win to Sampdoria and packed his bags to Munich. In the years that followed, Fiorentina hailed his partner Adrian Mutu and Toni became a memory. After a whirlwind 5 years which included a disappointing performance in the 2008 European Cup and trips to Rome, Turin, and the Middle East, Luca Toni comes back to the pitch that made him famous save for a trip against Fiorentina with Bayern Munich.

With Toni, Fiorentina have their target man for a 4-3-3. He's excellent for coming in the second half or dying stages of the game and giving the midfielders something to point at. With Ljajic or Cuadrado, he can take a series of crosses and if not score, put pressure on the defense to open up for one of the smaller, more agile players.

So what's the point of this transfer? Symbolically, Toni's career comes full circle as he finishes off his years in the place where he scored 31 goals and won the Golden Boot. But he also serves as a reference point to the team. A world cup winner who brought huge amounts of joy to the city. He is a figure to be admired within the Gigliati: Viviano idolized him, JoJo is living up to him, Pasqual is the remaining teammate. With Montella, Toni finds a familiar location, president, and fan base, Fiorentina finds a second striker to back up El Hamdaoui, and Fiorentina fans get to see the hand raised to the ear, running triumphantly under the Fiesole. We don't know what kind of impact Toni will make. But in the long run, he might be the inspirational man that this team needs.