We Asked For a ReVIOLAlution and Did We Ever Get One! (And We're Not Done Yet)

Share All sharing options for: We Asked For a ReVIOLAlution and Did We Ever Get One! (And We're Not Done Yet) 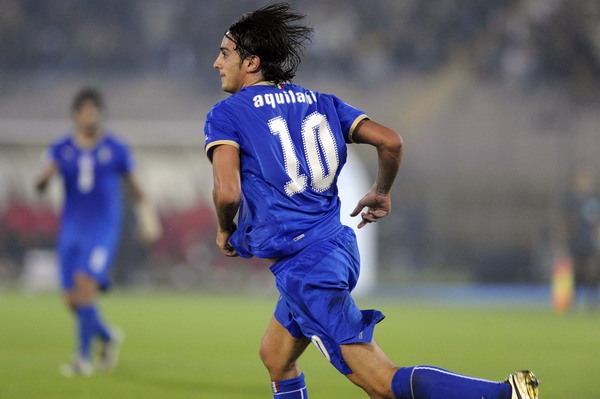 After a year of anticipation and hoping, Alberto Aquilani finally signs for Fiorentina and puts the point on the viola resurrection.

The deal is done, Alberto Aquilani signs a three year contract in Florence, putting a cap on a whirlwind two days which sees the official announcements of Gonzalo Rodriguez and Borja Valero. It was clear that Aquilani didn't fit in Liverpool's plans and after stints in Milan and Turin, the ex Roma joins former teammate Vincenzo Montella in reconstructing the viola project taking the place of the much maligned Montolivo.

Prade and Macia have been the men of the summer. The tandem team, usually working in secrecy, have managed to sign eleven players in this window, a kind of market we hadn't seen since the 2008 season. Instead of the 50 million we spend four years ago, they've managed to reconstruct a quality team on only a cool 17 million euros, getting some top tier players at bargain prices. Prade has done exceptionally well in filling the Corvino requests, and getting it done with speed and simplicity, no drawn out dramas, just pen to paper and sealed. Well done.

With Aquilani's arrival, Fiorentina are free to move to a 3-5-2 with Aquilani in the hole behind JoJo and El Ham. Pasqual is free to move up to midfield and provide offensive support and extra protection to the defense. What we're missing still is a striker to back up El Ham and a defensive midfielder to shore up an already exceptional midfield (as I write this, Corinthians have rejected a second offer for Ralf but Prade intends to force his fist through the deal.) Della Valles have promised three new players in the next week and seeing that they've done their job so far, expect one or two more deliveries in the making.

The Della Valle's for all that we made fun of them, protested against them, begged them to sell the team, have refound Florence and refound passion. The friendlies have been sold out thus far, the season ticket campaign is flourishing, and even a stadium project seems to be in the works. In the tenth year of their reign we can finally once again say...thank you and well done.