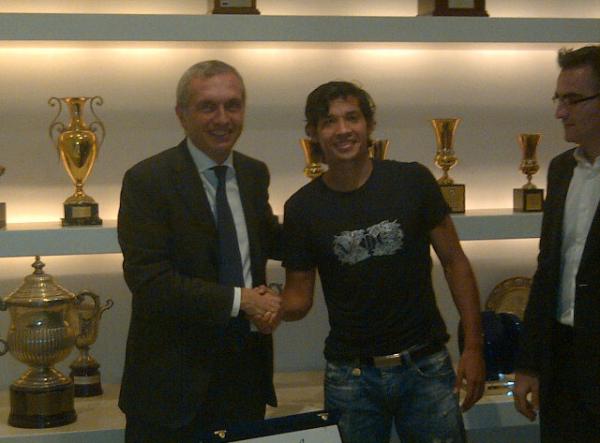 In a move that can only be described as Corvinoesque, Prade pulls of one of the steals of the summer, snatching the highly rated Chilean midfielder from Sporting Lisbon for only 4 million.

Fernandez is born on May 15, 1986 and is well known for his trademark free kicks, demonstrating superb abilities on set plays, and great technical abilities. He was voted South American Player of the Year in 2011 playing for Colo Colo and has played 46 matches with the Chilean National Side, scoring 11 goals. With Sandro Mencucci he signed a four year contract (salary numbers still pending) and he's expected to join his new team at Moena tonight.