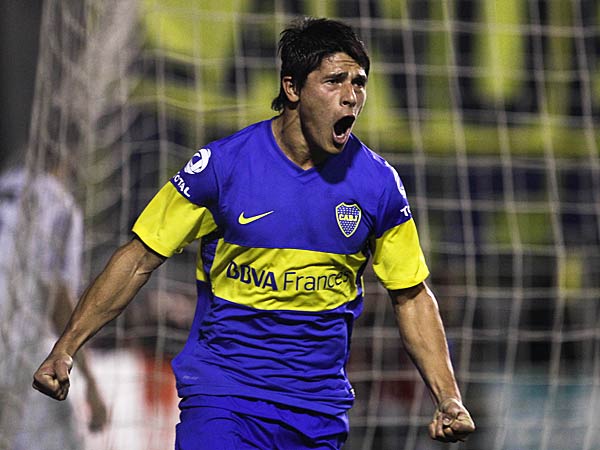 A busy day for La Viola continues with the official announcement of the signing of Argentine Defender Facundo Roncaglia.

Fiorentina added to their defensive depth today by acquiring Facundo Roncaglia from Boca Juniors. The 25 year old defender is versatile, being able to play both central and outside roles.

Roncaglia, born in Chajarí, Argentina, came up through the Boca Juniors youth system, being promoted to the senior squad in 2007. He only got into 10 matches his first year, but became a regular by his second year, having 34 appearances and scoring 2 goals.

2009, he was sent to La Liga, being loaned to Espanyol. He only played 21 matches, 15 of them starts, and returned to Boca at the end of the season.

2010 he was loaned out again, going to Club Estudiantes de La Plata in Argentina. He appeared 33 times in the various competitions that Argentinian teams play in (Prim A - Clausura, Prim A - Apertura , Copa Sudamericana and Copa Libatores).

In 2011, he returned to Boca Juniors, becoming a regular fixture, starting in 42 matches and scoring 3 goals as Boca won the 2011 Apertura title and went to the Copa Libatores finals.