Share All sharing options for: Montella, Help Us Fly 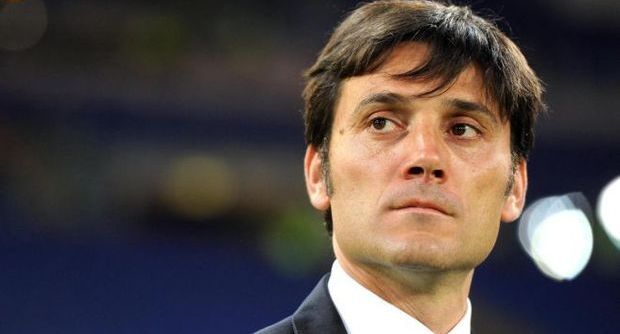 Its official: Vincenzo Montella has signed a two year contract to breathe new life into Fiorentina's project and help them spread their wings the same way that he has.

Montella comes from a marginal line of success ever since ending his playing career and becoming Roma's caretaker two seasons ago. He was able to make the best out of the Giallorossi's terrible season and keep them in 6th for a Europa League spot. Last season he took the reigns at Catania and finished them in a respectable 11th while amassing a series of impressive results especially against big clubs.

Montella prefers to play a 4-3-3 the same way that Prandelli did in the 2007-2008 season with a regista acting as the fulcrum of the attack. He wants the center attack (in this case JoJo) to be constantly close to the goal with very little trackbacks. He wants wingers who are going to be focused but versatile which makes all the case for keeping Cerci for the season.

In defense he wants two centerbacks, one that's tall, and one that's made of muscle. He prefers Cassani and Pasqual for the sides which leaves open De Silvestri's departure. He'd probably be open to having a midfielder (possibly Behrami) move back and forth into defense almost like we saw De Rossi do with Prandelli's Italy.

From Catania we could see some of Montella's followers including Lodi, Gomez, and Barrientos, but it'll take time to see who'll actually make the jump.

The aeroplanino has arrived. We're about to take off, and there's lots to be excited about.