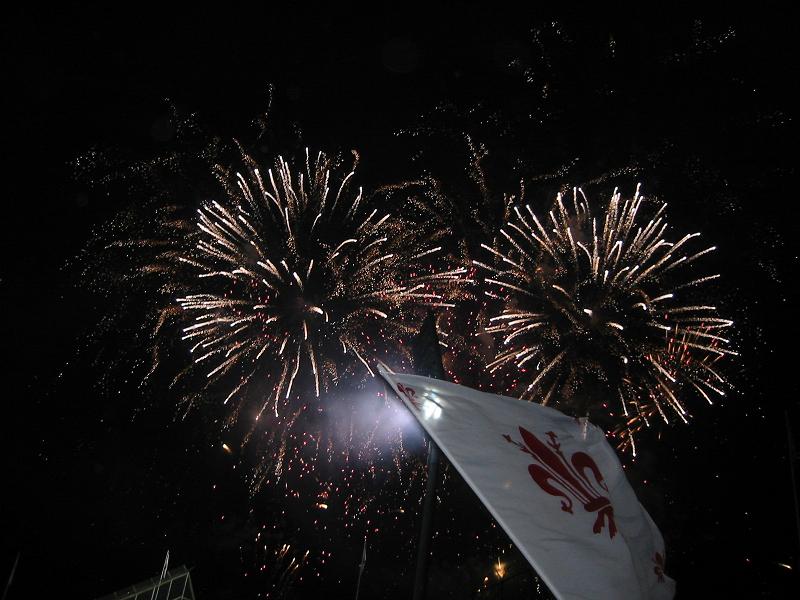 "Love's so strange, playin' hide and seek with hearts and always hurtin'"

In a season marred by poor play, injuries, suspensions, fights and coaching changes, Fiorentina went into a match with Lecce that was vital for each side to ensure Serie A participation and came out the victor and likely doomed Lecce to relegation in the process

Lecce came out of the starting gate quickly, getting the first three shots off, but none of them were on target. Fiorentina finally got a shot off in the 17th minute, Olivera, a header from Pasqual, but off target.

After a header by Miglionico went over the bar, Riccardo Montolivo lashed a screamer from outside the box, but Lecce Goalie Massimiliano Benassi made a great one handed save to preserve the lead, at least for the time being.

A few minutes later, Valon Behrami, who gave it his best shot, had to come off with too much pain in his shoulder. He was replaced by Marco Marchionni. Shortly thereafter, Cassani broke away from his man and went one on one on Benassi, but the Lecce keeper was up to the task and parried the chance away.

Three minutes after that great chance, Olivera's long ball released Cerci on the goalie, and he made no mistake, settling the ball at his feet and firing it past Benassi, who couldn't react until the ball was past him and in the back of the net.

Boruc was called on for one of his three saves shortly before the half, Guillermo Giacomazzi fired a header, but artur was up to the task and Fior went into halftime with a one goal lead.

At the start of the second half, Lecce brought on young Haris Seferovic, who is at Lecce on loan from La Viola and within a few minutes, the other Giallorossi became very dangerous, with Gennaro Delvecchio shooting into the corner and requiring a sprawling save from Boruc for a corner kick. On the following corner, Andrea Esposito hit the crossbar from point blank range and Fiorentina were scrambling.

Report Cards
Boruc(6) - Really didn't make me feel warm and fuzzy, coming off his line and making what should've been an easy save look very hard, but he made his three saves and got his 14th clean sheet of the season.
Gamberini(6) - good to see The Shrimp back, made one very important sliding tackle in the box.
Natali(5) - Horrible first half, bad back pass, gave up corners, looked old and slow. Better in the second half, mostly because the rest of the squad spent most of the half playing back.
Felipe(6) - First start in forever, but he was ready to play when called on, Fitness was an obvious and understandable issue. Subbed for Camporese, cramps; Camporese(NA)
Cassani(6) - wasn't able to score one on one with the goalie, hit the pole on another shot, but defended well.
Behrami(6) - Give him a grade just for effort, but half an hour in couldn't deal with the pain. Subbed for Marchionni, shoulder; Marchionni(6) - was ready when called on, played well.
Montolivo(6) - Nearly put Fior in the lead with a strong shot on, played well in defense until subbed for Lazzari, Thigh/hamstring; Lazzari(6) - purely there for the defense, could've started breaks a few times, but elected to just kick the ball into the corner and defend. It's very possible those were his instructions from the coach.
Kharja(5) - awkward, sometimes invisible, one more match and we'll probably see him on his way.
Pasqual(6) - good crosses early, defended well at the end
Olivera(6.5) - got the assist on the goal, might be his only good game in viola.
Cerci(7) - man of the match, ran his butt off, got the winner. might have earned a stay in Florence.

Guerini(7) - In what must have been nearly impossible conditions this week, he calmed the team down and got it done. Even if it winds up being his only win as Fiorentina Coach, it is huge and will be remembered in what has been one season a lot of Viola fans would like to forget.

Quotes
Guerini:
“I absolutely did not steer Fiorentina to safety. There was work done by two Coaches before me, above all by Rossi recently, and we had already seen improvements in our away form."

“We have often done well outside Florence, while at home there are some psychological problems of the pressure caused by our fans. At least we avoided the humiliation of challenging for safety on the final day of the season."

“I have to compliment the players, as they held out though many were in disastrous physical condition. Many couldn’t play at all, others hadn’t played in a long time.”

"It’s not up to me anyway. Before the match I tried to work on the pride of these lads, making the most of the criticism aimed at the team. I told them to leave the field with their heads held high."

“I have to say recently they have been showing some pride anyway.”

Looking Ahead
One last match Sunday against Cagliari for pride and league placement and then what is sure to be a turbulent and exciting off-season.

Riccardo Montolivo has injured his thigh muscle and will not play next week, so his run in purple is over.
His final numbers are 219 appearances and 17 goals in Serie A, with Coppa, Europa and Champions League play, 258 appearances and 19 goals.