Share All sharing options for: Just One More Point...: Lecce-Fiorentina 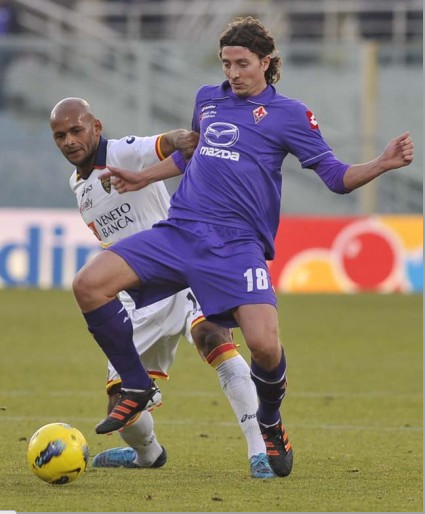 Fiorentina try to salvage a single point to salvation against Lecce, a team that has been the bane of their season.

After what has been possibly the most bizarre week in Fiorentina's history, Fiorentina, decimated by injury, fly down to Lecce with interim coach Vincenzo Guerini and try to salvage what's left of their season.

On paper, Lecce should be a pushover. However they have been the sore pain in every teams backside, most notably Juventus who could only salvage a 1-1 draw last week. As for Fiorentina? In their last three seasons of Serie A existence, we haven't managed to beat them home or away even once. Now we're off to the stadio Del Mare to save our season and ruin the dreams of one Valeri Bojinov.

Lecce has nothing to lose and they thrive on the counterattack. They'll sit behind every ball and then rush forward until they can make something of it. Seeing Fiorentina's attack crisis, it might be wise to sit back and defend this one to death, hoping for some bright opening. You'd think we'd be playing Barcelona here.