Share All sharing options for: Playing with Fire: Milan-Fiorentina 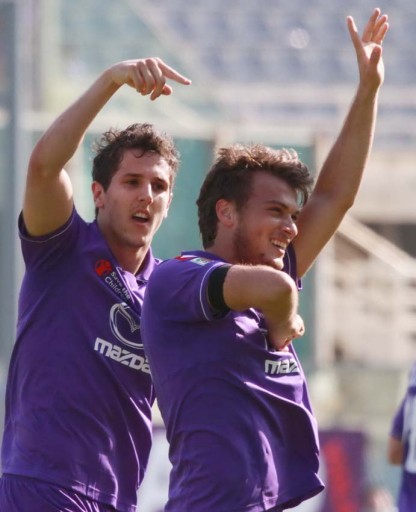 A devastated and confused viola side head up to the San Siro to take on Milan.

We've learned two things in the last week. One is that the problems with this team run farther than anyone expected. It's not just physical or mental, it's downright psychological. Two. Nobody on this team is "safe" anymore. As the numbers rack up to what is arguably the worst viola side in recent memory, everybody from Mencucci (who is bound to be taking a job at Sampdoria) to JoJo (who himself has come under the fan's ire lately) are being bound to a trial by fire.

This week's trip couldn't come at a worse time. After taking a 2-1 loss to Chievo (it was this week at the first half of the season that Mihaj took the sack) Fiorentina head up to take a strong Milanese side who are nursing a Champions League exit at the hands of Barcelona. Fiorentina have been reduced to keeping their eyes on Lecce and hoping that some kind of positive result can keep them where they are at the moment.

The DV's are worried about their business in crisis. It's no longer a game of fans vs team, it has it's financial perils and they've taken drastic measures to keep it afloat, even sending the team to it's neverending training retreats. Andrea and Diego have appeared to move closer to the team in recent weeks.

The viola fly out tomorrow minus Vargas, Gamberini, Cerci, Montolivo, and Cassani. Delio is forced to put out a good section of his "B" team:

Milan get back Cassano but lose Boetang:

A draw might be good enough to keep away Lecce who face Roma this weekend. We'll have to watch our backs the rest of the season.