Atalanta 2-0 Fior; Nothing Is Easy

Share All sharing options for: Atalanta 2-0 Fior; Nothing Is Easy 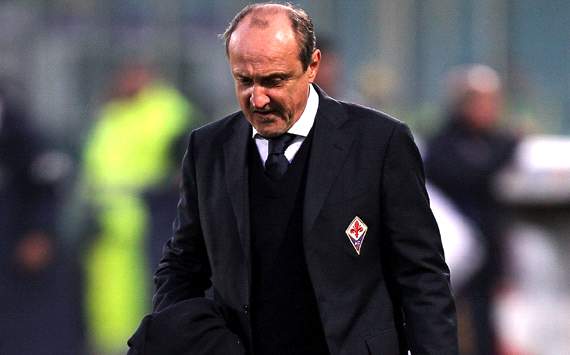 Rossi warned the team they hadn't achieved anything yet, but they just didn't listen.

Fiorentina waltzed into Bergamo today, expecting Atalanta to just lay down for the team that had beaten Milan and Roma and got a nasty surprise. No one cared what they had done just a few days ago and La Viola were beaten badly 2-0, while Atalanta achieved mathematical saftey.

However, the two teams behind them also failed to win or tie, so, effectively, Fior just scratched a game day off the calendar and moved one step closer to salvation. They remain 5 points ahead of Genoa and 6 ahead of Lecce, with just 3 matches left.

Recap
Fior came into the match with another patchwork lineup, it must be said. Starting Goalie Artur Boruc suspended for multiple time wasting yellow cards, while injuries kept out Amauri, Juan Manuel Vargas, Riccardo Montolivo, Alessio Cerci, and Alessandro Gamberini. Norberto Neto got his first start in goal in Serie A after two sub par performances in the Coppa Italia and Adem Ljajic paired with Stevan Jovetic in the front.

It only took Atalanta 8 minutes to score and effectively end this match early, as a sluggish Fiorentina failed on an offside trap as a nice cross to Germán Denis left Neto standing flat footed as the Atalanta forward headed the ball in easily.

La Viola did seem to be shocked awake, as they got the next 9 shots in the half, but none were dangerous, all missed or were blocked on the way in and the half ended 1-0.

At the start of the second half, Amidu Salifu was forced to come in for an ailing Valon Behrami who had lost the use of his left arm due to a collarbone separation. X-rays have shown no bone break, however, his participation in the rest of the season is very much in question.

The second half started out all Atalanta, and a flurry of shots resulted in the second goal, as Giacomo Bonaventura jumped on a botched clearance by Salifu and put it home.

Atalanta continued to push and try for the third, while La Viola tried to find some sort of game and Fior looked likely to score as Cristiano Raimondi tugged Salifu shirt in the box, but Jovetic's weak penalty attempt was easily saved in the corner.

There were several more shots from both sides, but none were dangerous and the result stood at 2-0

Report Cards
Neto(5.5) - Was a little at sea on the first goal, but had no chance on the second. made 6 saves, one or two of them rather good. I like his quick release and he actually kicks the ball to players on his own team, a feat Boruc can't seem to manage. nastasic saved his bacon as well, could've been a lot worse.
Camporese(5) - the whole back line was nowhere to be found on the first goal, picked up a yellow on a harsh tackle and just generally looked out of sorts a large portion of the match
Natali(5) - same as Camporese
Nastasic(6) - same as Camporese except he saved a third goal with a timely header off the line. the whole defense took a step back
Cassani(5) - never really got into the match. dissappointing. got a yellow card and was subbed for LDS; LDS- NA
Kharja(4) - complete opposite of his performance in Roma, never linked up with Behrami or Cassani, was out on an island
Behrami(5) - Injured early, lost the use of his arm, bravely lasted the rest of the first half, but didn't do much. subbed for Salifu; Salifu(5) - at fault for the second goal, played a bit better later, but needs to grow a lot.
Lazzari(5.5) - took a step back from the last match, but compared to the rest of the squad, he played ok. Most of his shots and crosses were blocked, however.
Pasqual(4) just horrible. no good crosses, stood around in the front and was nowhere to been seen in the back, frequently Nastasic had to cover for him, because he was too far forward. Everything I hate about him showed up in this match.
Ljajic(5) - took an elbow to the head early (for which there was no call, thank you Mr Doveri) and never seemed to get into the match. Subbed for Acosty.; Acosty - NA
Jovetic(5) - out on an island, never hooked up with anyone, took a penalty just as badly as Ljajic. Did not deserve the captaincy today.

Rossi(5) - he tried to tell them, but he couldn't make them listen. While it's not really his fault, it is his fault. The retreat did absolutely no good. his subs were ineffective. only other results saved this squad today. UNACCEPTABLE. But on the plus side, if this squad needed a slap in the face to wake up, this was it.

Quotes
Stefano Colantuono: “The German Denis goal opened the door and then we allowed little to the Viola. It has been an extraordinary campaign, the best for me and for Atalanta. It’s as if we’ve won the Scudetto.”

Delio Rossi: “We were not the same as in recent weeks. After the penalty save, our concentration levels dropped. Are we at risk of relegation? We still have a six-point advantage.”

Looking Ahead
Novara comes to visit on Wednesday, the team cannot afford another let down. Must have three points. Behrami's fitness will be a big question, might see Montolivo. On the plus side, Lecce have to go to Juve, Genoa and Cagliari will be facing off against each other and Palermo go to Naples.