Mad Dash to the Finish: Atalanta-Fiorentina

Share All sharing options for: Mad Dash to the Finish: Atalanta-Fiorentina 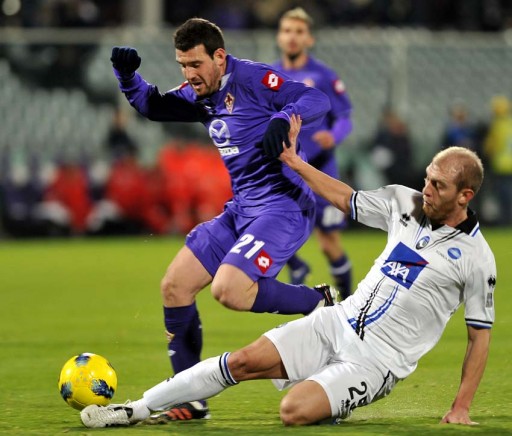 After a triumphant midweek victory in Rome, Fiorentina are off to Bergamo to secure as many points as they can before the end of the season.

Atalanta currently sit comfortably at 11th (they'd be qualifying for Europe without their deduction) and are trying to move into the upper reaches of the table. They've pounded out some impressive plays such as holding Inter to a 0-0 draw, and beating Napoli at their home 3-1. However they have been somewhat inconsistent and their form can fluctuate rapidly.

Colantuono won't have Brighi, Marilungo, or Capelli due to injury while Stendardo and Cigarini are both serving one match suspensions. Rossi on the other hand won't have Vargas, Amauri, Kroldrup, Montolivo, and Cerci while Boruc sits this one out paving the way for Neto's Serie A debut. Behrami and Camporese still have to be valued at game time. 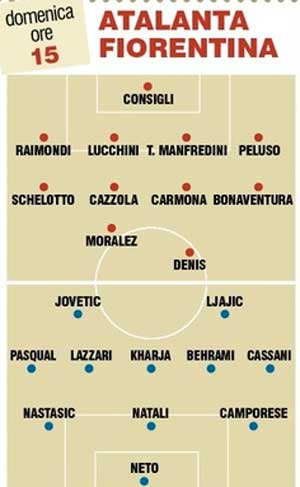 What will be important about this game is Neto's performance as we might be seeing a lot more of him soon, and also if the team can continue their string of positive play and results.