Fiorentina v Cesena; Get Up Stand Up

Share All sharing options for: Fiorentina v Cesena; Get Up Stand Up 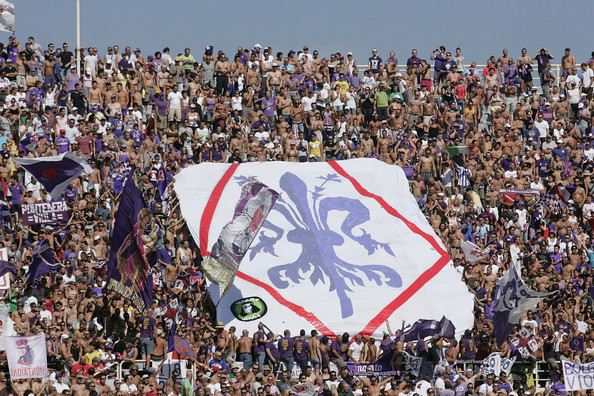 This is it. No more time to mess around. It's time for this Fiorentina to dig deep , prove they're a team and get three must have points against a Cesena team that are fighting for their very lives.

Cesena come into the Franchi in last place, only 16 points in 24 matches and with only 14 matches left, you have to think points have to come now or they will go back down at season's end. Ex-viola Adrian Mutu is not on the roster, but former players Mario Alberto Santana and Gianluca Comotto are, although a knock might keep the latter out of the tilt. Without Mutu, Vincenza Iaquinta will feature at striker. Also unavailable for the Seahorses is Central Defender Maurizio Lauro, who got a second yellow last match against Chievo and will sit out this one.

Fiorentina come into this match day in 15th place, 3 places and 4 points ahead of third last place Lecce and relegation. Since La Viola have shown themselves nearly unable to score on the road, having scored only 4 goals so far, and with matches against the big teams coming up, this match expands in importance.

Fiorentina have their own lineup issues again this week. Valon Behrami and Houssine Kharja are unavailable due to injury, while Ruben Olivera is still serving his suspension. The midfield will likely feature Manuel Pasqual and Mattia Cassani on the outsides, with Montolivo, Lazzari and Salifu rounding the rest out. The defense will get a boost with El Capitano Gamberini back in the fold and Stephen Jovetic, coming off a two goal international performance, will play forward with Amauri, who, like Diogenes, is still searching for a goal, honest or not.

Cesena comes into Sunday winless in six matches, with only one tie in that period, although it did come against high flying Napoli. Fiorentina have lost three in a row, while not scoring a goal and giving up 6 to their opponents.