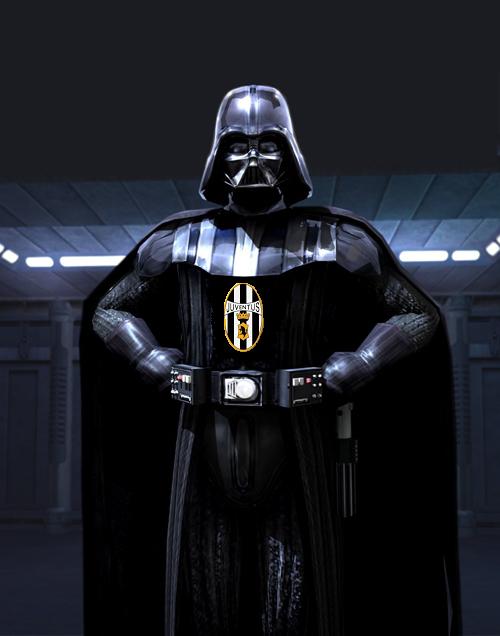 ... It is a time of great strife for the Rebel world, Fiorentina.

Changes in leadership, injuries and continual lost battles on other worlds have brought the citizens, called Viola, to the brink of despair and now the undefeated Evil Empire You-vay sends Sith Lords Darth Pirlo and Darth Matri to obliterate their home.

Rebel Princess Andrea Delle Valle, on his way home from a shoe symposium, has been captured by Imperial forces and sends a message to a former Viola Knight, "Help me, Obi-wan Batitusta, You're my only hope."

Obi-wan Batitusta was a great Viola Warrior and led Fiorentina gloriously to a victory over the Evil Empire in the Cologne Wars at the end of the Last Millennium.

But Obi-wan Batitusta is now an old man and can't fight anymore and newest Viola Knight, young Jojo Skywalker may not be ready in time, pinning Viola hopes on a Mercenary and a Wookie, Han Amauri and Cercibacca.

Young Skywalker has been struggling of late, both with injuries and mental issues, causing Viola Master Yoda Rossi much chagrin. "Headstrong is he, will not listen, does as he wants." grumbled the Viola trainer.

If Jojo is unable to fight, expect reluctant hero Juan Manuel Calrissian, clumsy Jar Jar Lazzari and a couple of droids, Riccardo 3PO and Viola favorite R2Behrami, along with other Rebel forces to join Amauri and Cercibacca.

For the Evil Empire, who have imposed a Veil of Silence over their minions, Imperial Walker Giorgio Chiellini has been repaired and is functioning at near capacity, which, of course, means he is as slow and ponderous as usual. Defenders Martin Caceres and Leonardo Bonucci are available as well.

Lord Pirlo looks likely to direct the attack from a forward position and will look to let loose Darth Matri on what has been a weak Planetary Defense lately for Fiorentina.