Bulls In A China Shop: Torino-Fiorentina

As the hot streak now turns on the afterburners, Fiorentina head to Turin to take on ex-men Cerci and Santana and our twin club to keep the streak alive.

Share All sharing options for: Bulls In A China Shop: Torino-Fiorentina 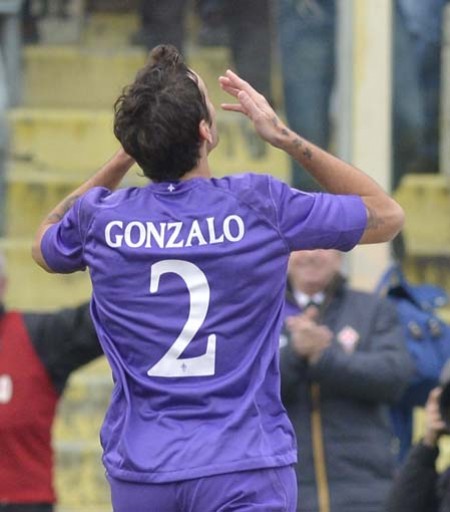 Fiorentina and Torino are one of Serie A's friendly rivals. United by a common dislike for everything black and white, Torino have valued their partnership with the viola, and it came to the point where Torino fans were willing to forfeit their own game (by invading the pitch and forcing a 3-0 viola win) that would have seen Fiorentina automatically pip Milan to the Champions League in 2008. The rest is history, but Torino have always been a match to look forward to.

Despite what the fans might say, this Torino has no intentions of letting their guard down, especially having freshly come back out of Serie B. With a formidable strike force of the ubiquitous Rolando Bianchi and ex viola Alessio Cerci, they are set to entertain and more than pleased to do it in front of their own faithful. Although they lie in 13th, Torino have frustrated the big teams, holding Napoli and Lazio to draws in their own home as well as a demolition of Atalanta.

Despite their feats away, their home numbers haven't been favorable taking losses from Inter, Cagliari, and Parma along the way. They've won two games at home and lost three. This does not mean however they should be underestimated or that Fiorentina can let their guard down. Despite the five W's it's important that Montella and the team keep themselves modest and feet firmly on the ground, especially in the time where European contenders break away from the rest of the pack. This week Napoli head to Cagliari, Juventus face off with Milan, Lazio are at home with Udinese, and Roma is in Pescara's house. With some potential rivals having relatively easy matches, a win here is a must.

Montella is missing two key pieces in Jovetic, recovering from a knock, and Pizarro who takes a one match suspension due to yellow cards. Viviano starts with Roncaglia, Gonzalo, and Savic, while Olivera will take Pizarro's place with Borja, Aquilani, Cuadrado, and Pasqual, while Ljajic will support Toni up front.

Torino start with Gillet in goal with a 4-2-4 featuring Darmian, Glik, D'Ambrosio, and Ogbonna, supporting Gazzi and Basha, behind Cerci, Sansone, Santana, and Bianchi.

The main threats here are Bianchi and Sansone while we all know that Cerci and Santana can vary from genius to frustrating in a matter of minutes. The weight of the game now rests on Borja, now without Pizarro to dictate the midfield. The four person attack will take some sturdy defending to break and we can't concede any ridiculous goals like we did against Atalanta. Torino might be safely just under mid table. But we need this one.