Derby of the Appennines: Fiorentina-Bologna

Share All sharing options for: Derby of the Appennines: Fiorentina-Bologna 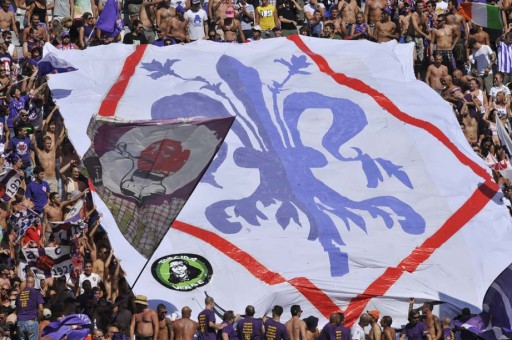 Fiorentina welcome home their former star hitman Alberto Gilardino, as Fiorentina take on one of the most hotly contested games of the season against a strong and determined Bolognese side.

After a string of well played matches followed by unfortunate results, Fiorentina looks to upset a slow period as they head into October, traditionally one of their strongest months. Montella's men have had a tough schedule, facing some of the toughest sides in Serie A nearly one after the other, and although the team is impressing in several departments, there is still some rust that needs working out. Last weekend, the viola impressed against a strong Inter side and a fine showing in midfield was only deterred by a weak showing up front. Despite the kinks, we should be encouraged by the return of El Hamdaoui from a string of injury issues stemming from his international call up and the return of Della Rocca, making his appearance on the bench this week. A win against Bologna would be crucial as Serie A moves into another international break and a positive result here would encourage the team to regroup heading into a more winnable string of matches.

Bologna have had a great start to their season. Led by the always threatening Alessandro Diamanti and the reborn Alberto Gilardino, they have been consistently attacking efficiently all season. Last week they handled a full 4-0 demolition of Catania, came back against Roma after going 2-0 down, and have only been held back by a lackluster performance against Siena and Pescara. However with 5 goals to his name this season, Gilardino should not be underestimated. Stefano Pioli has constructed a side that is heavy on counters and crosses, but leaves something to be desired in the middle.

The big news this week is the introduction of Savic into the lineup. The young Montenegran arriving this summer from Man City, takes over the place of the suspended Gonzalo Rodriguez. The question of the week was who was going to partner JoJo up front, as the less than performing Ljajic has now been regulated to the bench. After trying out several partnerships in training including Toni and Mati from the first minute, Montella has decided to go with the more traditional center man El Hamdaoui.

Lately Montella has been trying to work with a more versatile formation, a 3-5-2 that can convert into a 4-3-3 trident attack formation. This week he's introducing Mati to replace Romulo so that he could move forward if necessary. With several changes our formation should be looking this way this week:

Meanwhile Pioli is going for a 3-4-1-2 with a man in the hole formation featuring a whole host of ex-viola including Pazienza, Natali, and of course Gilardino, but not to mention Diamanti, who is Florentine by birth.

Our key this week is going to be pushing through the middle and trying to break up play, connecting passes, and taking all our chances up front. It will be interesting to see if El Hamdaoui, who has only played a couple matches thus far, can effectively link up with the rest of the team. Going into the break with a positive result will boost the morale of this team and carry us through the winter break.