Amauri: Help Is On The Way

Share All sharing options for: Amauri: Help Is On The Way 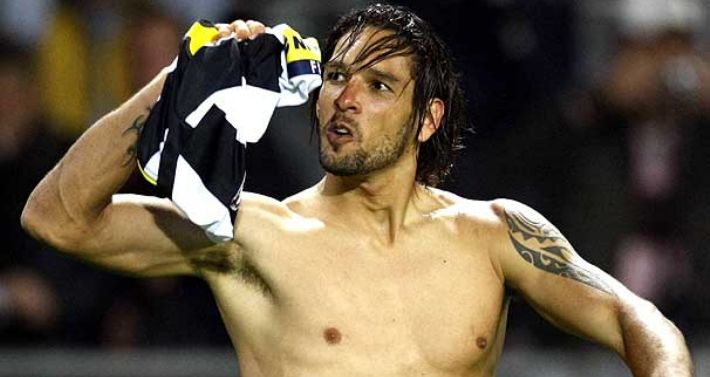 Take off that fugly black and white kit... 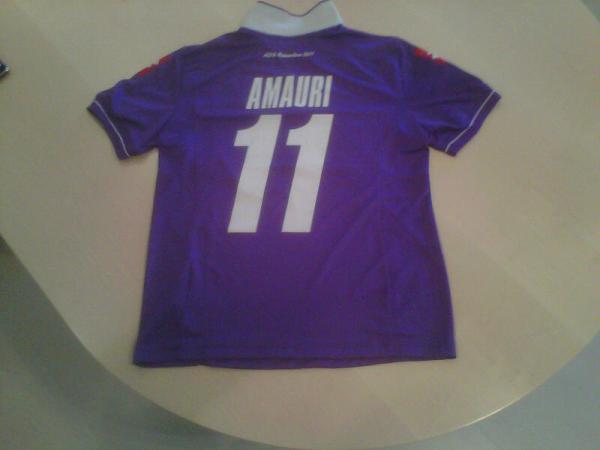 ... and get yourself a proper jersey. (Picture courtesy of ViolaChannel Twitter)

A reinforcement has appeared in Firenze in the form of Carvalho De Oliveira Amauri. Per ViolaChannel. the Brazilian born Italian National was bought outright for the rest of the season. His contract expires in June, however, so if the experiment works, we might see a extension and a longer stay, or he might just leave for the highest bidder in the summer. 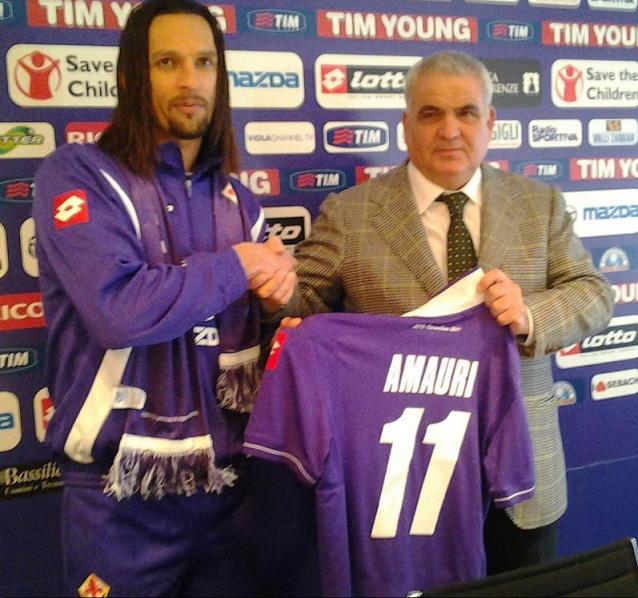 Cerci no longer leads the team in Hair

Better known as Amauri and without a game to his name this season, Amauri comes to Firenze hungry to prove he still belongs, not only to Fiorentina fans, but to Italy International Coach, Cesare Prandelli, if he hopes for a second cap.

Lacking playing time certainly doesn't mean lack of experience in this players case. With 230 Serie A matches and 64 goals in those matches he knows how to find the net.

The question now remains if he's enough. The general trend of thought is that he is not and that the midfield issues still need to be addressed. That being said, I think Jovetic will work well with Amauri and just the threat of a striker like Amauri will cause defenses to pay less attention to Jojo and maybe give him some room to work.

Quotes:
"The number 11 is the one that has followed me throughout my career. I arrived here and saw that it is free, so i take it willingly. I'm here to score goals and do well. Fiorentina have proven to have great respect towards me and I want to repay them. I can not wait to show that it also applies to the fans who believe in my abilities."

“I am very happy to arrive here and I’m looking forward to it,”

“This afternoon I met the team at training. I miss the League, I miss the field and I just above everything to prove my worth, mostly to myself and then to those that have believed in me recently.

“The last few months have not been easy, a period of suffering, but I’ve had the help of my family more than anything. The first goal, when it comes, will be dedicated to them.”

“I never had any doubts, my arrival in town was delayed only for family reasons and it is absolutely not true that I waited for the possible move from Milan, also because the Rossoneri have never made me feel.

“A few years ago I was going to come to Florence instead of [Luca] Toni, then I do not know why it never happened. As I said to [sporting director Pantaleo] Corvino, I was bound to come to Fiorentina sooner or later.

“For me, La Viola are a great team, a leading figure in Italian football. There is everything to improve in such a difficult period, but I think that with my contribution, we can get out of this.”

“The national team is still my goal, I believe, but only by playing and performing well will I have the opportunity to convince Prandelli.

“I hope to win the prize of a return to the Azzurri, because it is on my list of ambitions for this second part of the season. It all depends on my performances for Fiorentina.”

On the birth of his child: "It should be born in Florence, we have not decided yet. The whole family will stay in Florence, I want them next to me."