Share All sharing options for: The Redemption Begins: Fiorentina-Bologna 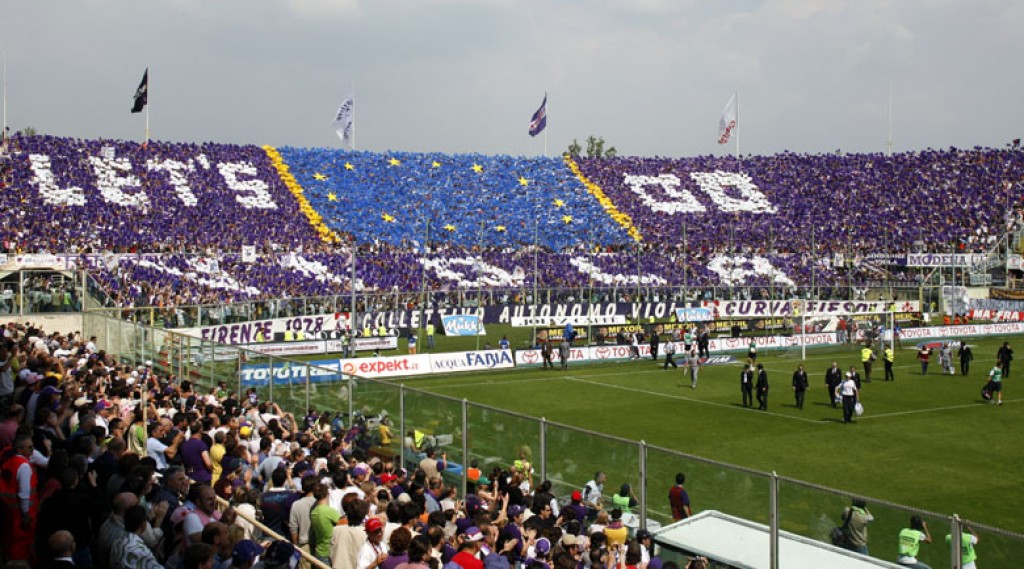 If the last two seasons have been anything but disappointing, this is the season that calcio comes back to Firenze.

Put away the mercato, stop the talk about money, file away the contracts, raise our colors and let's get down to what really matters. Calcio.

It's been a long awaited day, this year more than any other year before. We have a brand spanking new team fresh with new faces, and the ones that needed to stay are still here. We have a new captain, a capable #1 and the return of a certain fantisista. We're back and we're ready to jump start our season in the best of ways, with celebrations under the Fiesole.

After last week's hiccup, we kick off with Bologna coming to town at the Franchi. Bologna had a lukewarm transfer campaign however they did see the arrival of certain assets, mainly Robert Acquafresca and Alessandro Diamanti. They lost Emiliano "I only buy my cars in purple" Viviano due to a error of epic fail proportions, but brought in veteran Belgian, Jean Francois Gillet from Bari. Bologna also brought in new coach Pierpaolo Bisoli of Cesena fame and Cagliari anguish. Bologna's most important move was the confirmation of Gaston Ramirez, who will however, sit this one out as he carries a suspension from last season. Bologna drew here last season 1-1 with goals from Ramirez and Cerci.

With at least 21,000 expected at the stadium, it'll be up to our boys to demonstrate the changes we've made over the course of the summer. The DV's are also expected to attend. After last year's incomplete formations, Mihaj can finally feel like he has a complete team at his disposal. What will be interesting to see is how he switches positions, as he has already converted Romulo from a defensive back to an offensive winger. Mihaj is expected to launch his new 4-3-3 (a formation that saw big success under Prandelli) starting with Boruc taking his now permanent position in goal. The back line will be made up of Cassani favored over De Silvestri, Gamberini next to Natali, and Pasqual in his usual spot. It appears with the renewed contract talks, Montolivo is set to take his spot once again in the center of the midfield although he is not prone to receive the most welcome of receptions from the fans. Rikita will be flanked by Behrami and Lazzari who covers for Vargas this week. Mihaj is expected to play Behrami in the Donadelesque mediano position where he can control the tempo and flow of the right side. Up front Cerci and JoJo will hold a strong offensive line and give support to Gila. On the bench we have Neto, De Silvestri, Munari, Kharja, Ljalic, Tanque, and Felipe. Babacar and Camporese are playing their trade with the Primavera, Kroldrup is injured two weeks, and Vargas returns from Peru today. 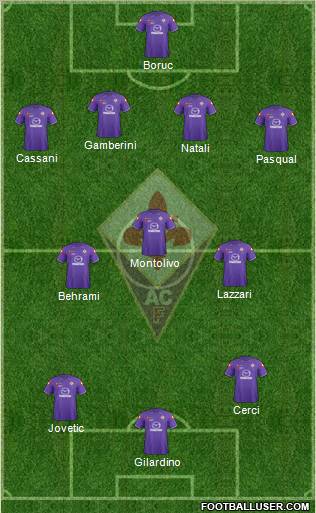 The rossoblu will show up in a Christmas tree 4-3-2-1 with new boy Gillet between the posts, Raggi, Portanova, Loria, and Morleo holding the back line, Perez, Mudingayi, and Pulzetti in midfield, and Kone and Diamanti supporting Di Vaio. Bologna will be without the disqualified Vantaggiato, Crespo, and Ramirez while Rickler, Cherubin, Garics, and Cruz are injured. 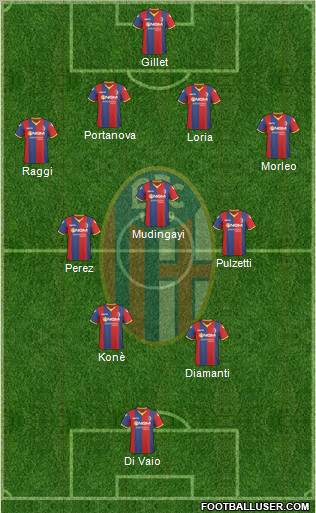 The Tactical Key
Our main dangers here are Di Vaio and Kone. Di Vaio is especially a frequent viola goalscorer and Diamanti can give him much through-ball service. Gamberini and Natali are going to have to stay aware while also keeping an eye on Kone. Expect a viola 4-3-3 that can easily convert into a 4-4-2 as Cerci has the option of moving back and forth to support the right midfield or giving Gila more options up front at crucial points in the match.

Lets start this season off the right way and get back to Europe. 3 points and we bring the fans back to the stadium. FORZA VIOLA!!!