Battle of the Ex-Men: Napoli-Fiorentina

Share All sharing options for: Battle of the Ex-Men: Napoli-Fiorentina 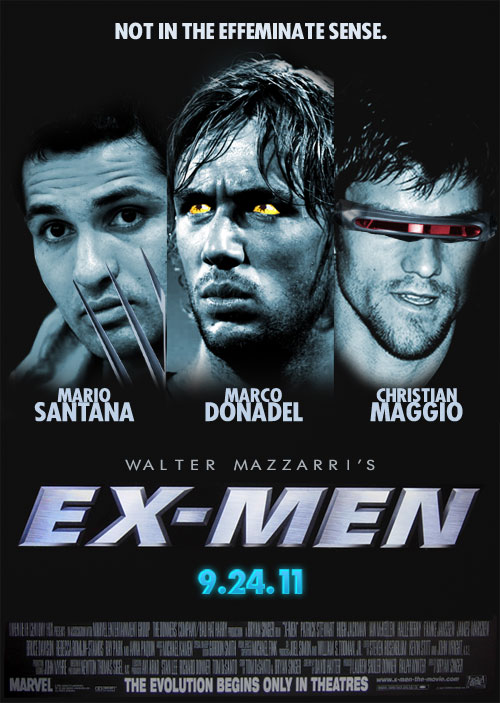 Thank you again to Catalogue for another great poster!

After a quick turnaround and a 3-0 win over Parma at the Franchi, Fiorentina head down south to the difficult San Paolo against an angry and in form Napoli.

Last Sunday the viola took a step back as they faced a determined Udinese side at the Friuli. The team seemed to have reverted back to its 2010 form and there was a noticeable lapse. Wednesday night, the team kept Parma in their own half for 90 minutes and dominated the match with goals from Cerci and the welcome return of Jovetic. Mihajlovic rested several players most notably subbing Cassani for De Silvestri and started Vargas from the first minute, two changes that made a major difference in the end.

Napoli are major contenders for the scudetto and their form as of late, a leveling of Cesena and Milan, and holding Manchester City against the wall had only shown that they are a team on the go and should not be underestimated. Despite their obvious talent and deadly combination of Hamsik, Cavani, and Lavezzi, it has been demonstrated that depth isn't to their strengths as they fielded a B-team of 7 changes to their starting XI and promptly lost to Chievo 1-0 over the midweek. Expect a team wanting to regain their confidence.

The Stadio San Paolo is an intimidating place, nearly completely closed off so the roar of the crowd increased tenfold. Yet Fiorentina have had a decent history here, hold them off to a 0-0 draw earlier in the year (when they were scudetto contenders and we were rock bottom) and previously a 3-1 win in which JoJo served two goals and scored the third. Expect difficulty, but not impossibility.

Napoli had a decent transfer campaign bringing in the likes of Inler, Pandev, and of course former viola duo Donadel and Santana. Yet only Santana will feature as Donadel is away on injury.

Mazzari's men will show up in a 3-4-2-1 with De Sanctis in goal, backed up by Campagnaro, Cannavaro, and Aronica. Zuniga, Inler, Dossena, and Gargano will hold the midfield with Lavezzi and Hamsik backing up Cavani.

Mihajlovic has made slight changes to the 4-3-3 team that faced Parma, notably sending Tanque Silva back to the bench and moving JoJo to a center forward position with Vargas and Cerci. Lazzari returns to the starting lineup after his flu layaway joined by Behrami and Montolivo. Mihaj has rested Cassani who will return to taking his place from De Silvestri while he'll be joined by Gamberini, Pasqual and Natali. Artur as usual starts in goal. 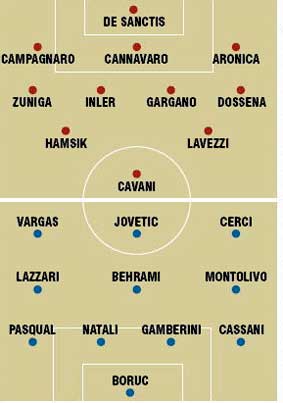 The Tactical Key
The three obvious threats here are Lavezzi, Hamsik, and Cavani. The Uraguayan has already well opened his scoring book with 4 goals to the campaign so far. In a 3-4-2-1 we need to approach the game much like we did the match with Udinese (abet with more luck and less stupid fouls) Keeping Lavezzi and Hamsik contained is going to make all the difference. In the attack I could imagine JoJo playing like he did against Liverpool, high up, open, and ready to be served. It's going to take good coordination between JoJo and Cerci to keep the ball going in.

Primavera Watch
Primavera are off in Parma tomorrow. Fiorentina are currently joint 1st in the standings with Grosseto.

I'd be happy if we can take a draw from this match but the three points are definitely doable! FORZA VIOLA!!! 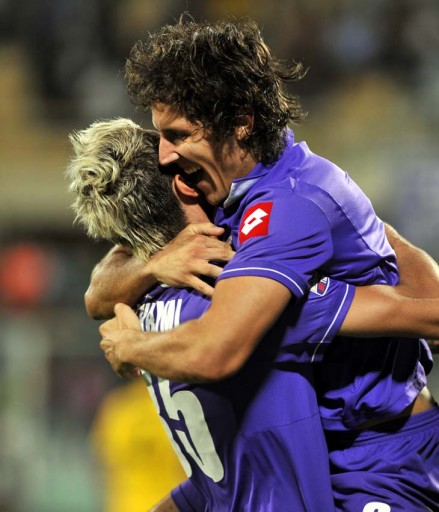