Strike on, No Calcio this weekend...

Share All sharing options for: Strike on, No Calcio this weekend... 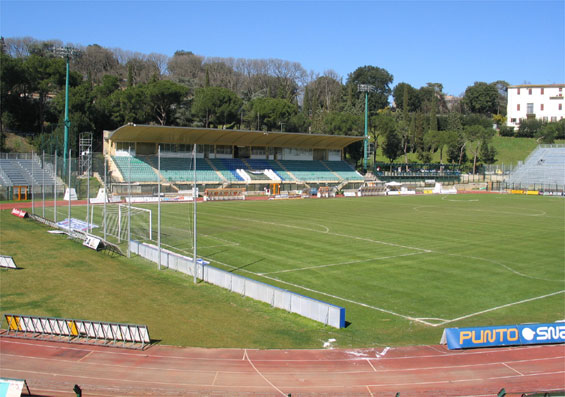 The other Stadio Artemio Franchi might be empty this Saturday...

This weekend’s opening Serie A round is possibly going to be postponed after the Lega rejected a collective bargaining contract.

A strike could call off the opening weekend of the Serie A season after 18 of the 20 Serie A clubs voted against signing the collective bargaining contract proposed by the Players’ Association (AIC).

The FIGC will try to avoid a strike with further meetings Thursday, but players have stated they will not back down.

Holding points are Articles 4 and 7.

Article 4 is regarding who pays the solidarity fee to out of contract players. Players wish the league to pick up part of that and clubs insist that fee must come from the players union only.

Article 7 states that clubs cannot shut players out of training and force them to train alone during mid contract disputes.

As of Thursday Afternoon a deal had not been made.

There are those that say a layoff could help a team like Fiorentina, which had such a large turnover of players, as it would give the squad until sept 11th to integrate new players Kharja and Cassani, plus get Juan Vargas back into the squad. As of now, Vargas does not look likely to start in Siena, should there be a solution to the strike and games go on.

Update:
Friday afternoon, the first week of Serie was postponed until a later date to be announced.

Yesterday the Italian Football Federation offered to hand over €20m to help with the issue of the solidarity payment.

And this morning Tommasi offered to sign a temporary contract until June 2012, with the two key points omitted, in order for the season to start.

Neither step seemed to make any difference in the attempts to find a resolution.

“It is not clear why we should sign an agreement modelled on the bridge of the original dispute,” Lega chief Maurizio Beretta stated.

The campaign is now set to begin in Week 2 on September 10, after the international break, but that is by no means certain.

“The possibility of a longer strike is a problem to be resolved,” stated FIGC chief Giancarlo Abete. “There is that risk when thinking about future games.”

Tommasi added: “I get the impression that if a solution is not found soon then it won’t take 15 days to resolve, the gap in between Week 1 and 2, but months.”