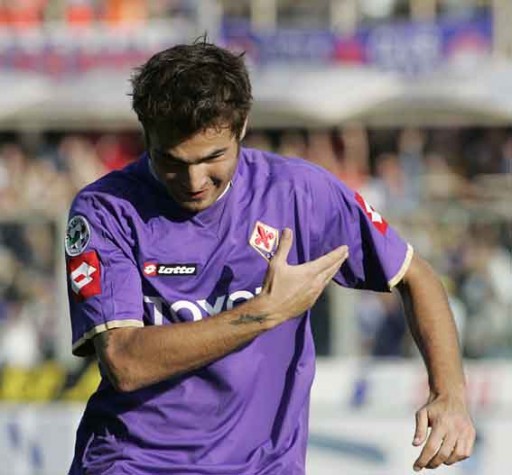 We all knew this day was coming. In our heads we hoped he'd be our fenomeno forever. But one of the greatest players in the history of this team has taken his final bow.

The numbers cannot lie. 143 appearances, 69 goals in all competitions, 5th highest goalscorer in Fiorentina history, Adrian Mutu leaves behind a legacy of moments that brought us back from the dead time and time again. A player tortured by inner demons, he came to Florence a player destroyed by ego and judgement, and leaves a beloved figure and an icon for over 5 years. He will be remembered the same way we remember ones like Batistuta, or Hamrin, or Antognioni, the model for his successors. We'll miss his cheeky penalty chips, that smile that says "i'm adored" and that bow in front of the Fiesole. We're not here to think of the Adrian that was dogged by scandal in his final season, we're to remember the Adrian that stunned us in Eindhoven, the one that brought us far in Europe, and the one that saved us on that glorious Genovese day.

Adrian joined Fiorentina from Juventus in the early summer of 2006 for 8 million plus Valeri Bojinov. He immediately re-found himself with former coach Cesare Prandelli who he had served under in Parma. Mutu's job was to take the departing Stefano Fiore's place next to Luca Toni. He naturally inherited the number 10. In a season where Fiorentina was docked -15 for Calciopoli, Mutu netted 16 goals, rocketing Fiorentina to 5th place (3rd without penalty). Datasport, RAI, and the Italian press lauded him, and named him best player of Serie A season 2006-2007. 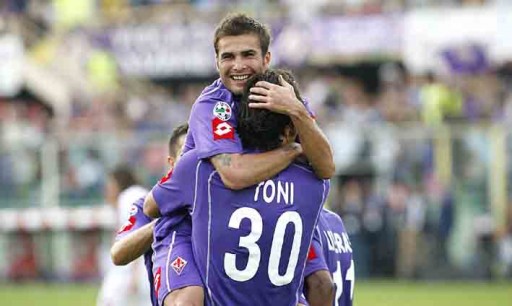 When Luca Toni departed, Adrian found himself alongside Giampaolo Pazzini and Christian Vieri, and held the responsibility of holding the team on his shoulders. Mutu's season started off with a goal in a 3-1 win over Empoli, and the draw in a 1-1 with Milan the following week. It was in Europe that Mutu would truly show his colors. Starting with the winning penalty against Groningen

But it was in the quarterfinals that was one of Adrians finest nights, set against PSV Eindhoven, the viola were held back in a 1-1 draw in Florence that we were barely lucky to escape. We needed a perfect match in Holland to advance.

In Serie A he continued a fantastic streak with 90th minute penalties against Juventus and Roma, and found a footing for being a great assist and corner man with an added free kick.

Adrian was injured near the end of the season and was not present at the grand finale. Yet he finished the season with 17 goals, 5 in the UEFA Cup, and 4th place. 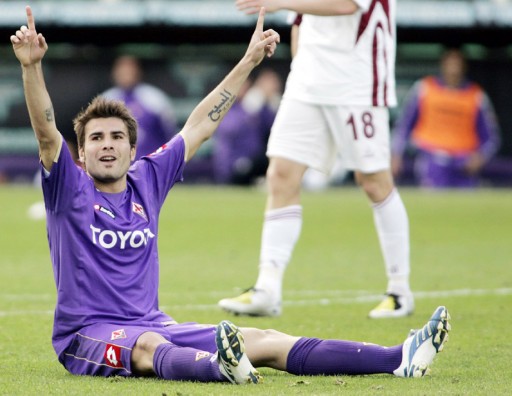 Summer 2008 was a torturous year. Roma came knocking with a 20 million euro offer, Mutu was within an inch of wearing red and yellow, but the faithful and the love he had in Florence turned him to refuse them. He was ready to take his place alongside the incoming Alberto Gilardino.

Fiorentina was in the Champions League. The first test was the preliminaries of Slavia Praga. Two minutes in, Mutu makes everyone remember what he does best...

In Prandelli's 4-3-3 Mutu makes himself at home alongside Gila, acting less as a striker and more as a support player, they compliment each other perfectly, but Mutu's season is tortured by injury as flares in his elbow and his knee force him into missing a quarter of the season. In a match against Lecce in October he is knocked onto his elbow and stretchered off until February, where he returns against Bologna and scores his 100th and 101st goals. 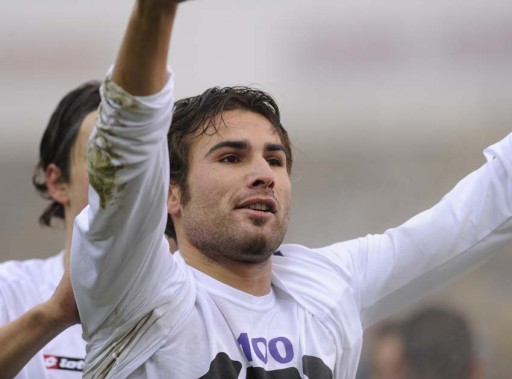 But as Fiorentina tried to hold off a resurgent Genovese side for 4th place, and Fiorentina played the Ligurians in their stadium, he would put on his classiest performance. After going 3-0 down in the first half and part of the second, Mutu singehandedly levels the score in only 25 minutes. 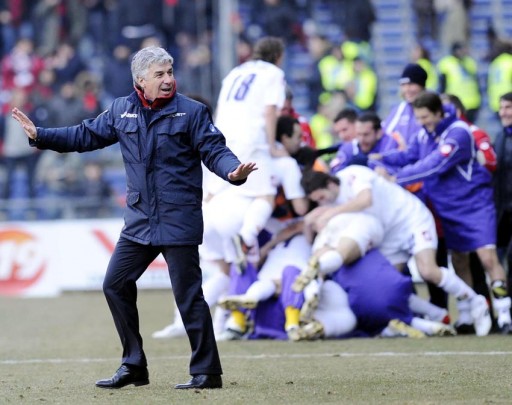 Despite his injuries, Mutu manages to finish the season with 14 Serie A goals, and a plethora of assists and moments of brilliance.

Adrians summer is hounded by a 17 million penalty from Chelsea, and his preparation is delayed as he is ridiculed and defamed by the press.

His 2009-2010 season starts with a goal against Bologna but celebrated by an uncharacteristically disheartened Adrian. 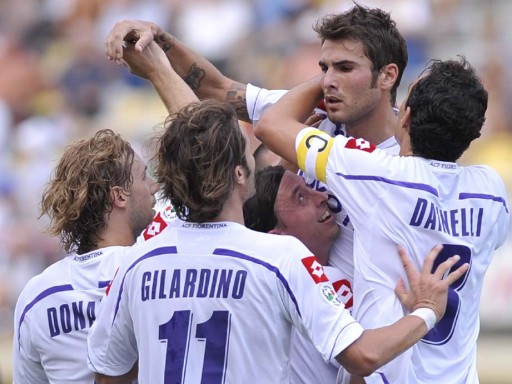 In the Champions League Adrian refinds his footing and his celebration as he leads the purple charge against Debrecen.

But Mutu's knee once again flares up and he's taken out of action. When it appears Mutu is "done" he roars into 2010 with goals against Bologna, Bari, and Siena, and charges into the Coppa Italia with two doubles against Chievo and Lazio. Just as Mutu had refound his form, he failed a routine drug exam for taking a metabolism booster to block hunger. Mutu was once again subsequently suspended. The team felt his loss. 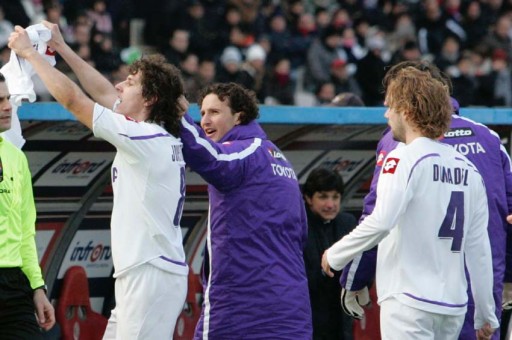 What would turn out to be Mutu's final season, was left to a series of cameo appearances. His suspension ends on October 29th, but his lack of playing takes a toll and he can only manage a 0-0 draw in Catania. He briefly returns with a double against the elephants in March, but alas it was only a glimpse of what was, and not what was to come.

Adrian Mutu. Leader. Symbol. Number 10. His later seasons were dogged by accusations, assumptions, hyperbole, and I can't say we were too fair here either but he remains one who brought great moments of pure joy to this team, and molds our future. 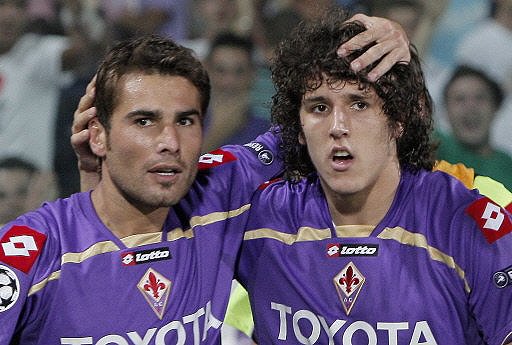