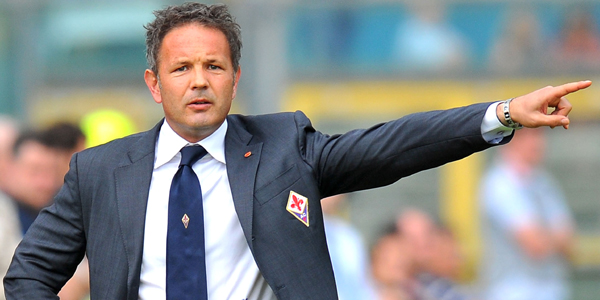 Twelve months ago, the future seemed rosy. Prandelli had quit under a Della Valle firestorm, and we had snapped up Sinisa Mihaljovic, seemingly a coup under Inter, Sinisa was hot property on Serie A's market having just saved Catania from disaster and we looked on the upswing. Along with Mihaj's appointments came statements like:

"I will guarantee the Champions League"

"Free kicks will be our secret weapon"

"I will be respected"

Well. No Champions League. Actually, for two weeks we were dead last alone in the table. Free kicks? Soaring over the bar. In fact we only scored two goals off free kicks. One from D'Agostino, one from Vargas. Respect? This was the year of the Montolivo debacle, and Mutugate.

For 4 years we were vibrant and exciting. We had attacking football, we knew how to move forward. Mihaj has managed to play the most ultradefensive, soggy, dull brand of football available. He demanded a second goalkeeper to put "pressure" on Frey (which worked out for all the wrong reasons), his midfield experiments usually ended in wide open gaps, and it wasn't until Montolivos injury, and Donadels captaincy, that the midfield looked somewhat confident. Yet he is one of the few strongly dedicated to the team.

What is Mihaj's motivation? He's been jeered, booed, whistled, criticized, we've hounded him for months on his "training" which seems to leave scores of players injured. Is Mihaj simply trying to prove himself as competent after a season where the odds were stacked against him?

As for the Della Valles, two weeks ago they were ushering in "the new project" along with the "Florence pact" in which the team had the financial support of the city. ADV and DDV have proved once again they are only great talkers, as they've ushered in their new era with a series of bizarre calls.

The first seems to be their unrelenting trust in the Serbian. It seems like the DV's just don't want to be wrong. Mihaj has a single year left on his contract, and the DV's want to hold him to it, even coming up with ridiculous excuses such as "anger over Moratti not speaking to them first before Sinisa." It seems all a game to avoid public embarrassment.

Unfortunately the crisis has also made its way to the Primavera, after a hugely successful season, politics, bickering, and a "soccer dad" have split through the youth side.

Earlier in November, Federico Masi's father struck out against Corvino and Buso for refusing to play his son after a long injury. Masi, who had featured once under Prandelli had become second fiddle to rising stars Piccini and Camporese. The debacle was so damaging that even Masi's agent struck out against his father. Unfortunately this played out as a behind-the-scenes rift throughout the season despite the successful run.

In the younger level, the Giovannissimi, head by Federico Guidi, they ran through the entire season and won the Jr Scudetto against Napoli. Despite Buso's successes, he was swiftly fired (much the same way Prandelli was) and Guidi was promoted. Unfortunately 24 hours later, Corvino, in what could only be described as "itchy finger" has basically decapitated the heads of the Jr squads, and is replacing the Primavera, the Giovanissimi, and the youngest Pulcini squads.

With no investment yet made, an outgoing market that seems stalled, and a missed opportunity to have one of the strongest, most tactical minded managers in the league (Rossi) we have to ask...

What the hell is going on in the bowels of the Franchi?