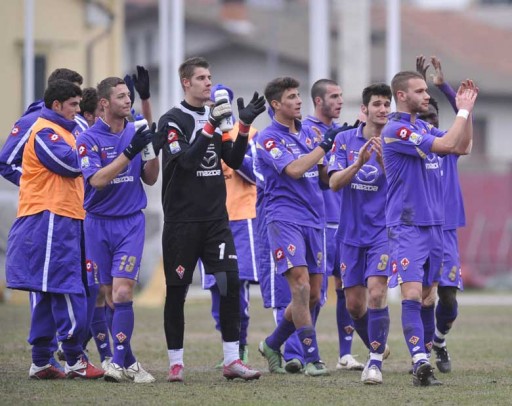 We were defeated in the semifinals, but a run this deep, a Coppa Italia win, and a trip to the finals in Viareggio means this Primavera ends the season with heads held high and aspirations for the future.

Once again, Fiorentina fall to the cruel lottery of penalites. This time the brave Buso boys held on the the end but couldn't convert against an 8 man Varese side in their second set of penalites in a week.

Fiorentina started off the match in lively fashion with immediate shots from Matos and Carraro. Carraro missed the edge of the goalpost as early as the second minute, and quick actions from Iemmello and Acosty had Varese on edge in the first quarter hour. But in Vareses first true action, the defense forgot about Lazaar who found Pompilio completely alone to fire into the far corner. The game switched into a midfield battle with quick actions from both sides, Iemmello desperately spent the first half constantly trying to get Matos to attach onto his crosses to no avail. At 36 minutes, Scialpi, was red carded for a late crunch on Taddei. At the beginning of the second half, Fiorentina dictated the play with free kicks from Carraro and quick actions, but Varese defended each ball with all 10 men. Fiorentina were held by excellent Varese keeper Micai who kept a normally rabid Iemmello at bay, Fiorentina substituted an exhausted Agyei and Acosty and replaced them with Seferovic and Grifoni bringing more firepower to the front, 90 minutes passed and the Varese goal was deemed cursed. But a magical free kick from Carraro edged its way into the net and leveled the score to go into extra time.

The extra time brought little emotion as both teams were visually tired save for crass errors from Varese resulting in the team being brought down to 8. Still it was too late for the viola to take advantage and the game proceeded into penalties.

At the penalties, Seculin was in form right off the start, blocking an attempt from Jadilson, and it looked like he could be the hero of the match once again, but tiredness took its toll and Seferovic and Iemmello in a rare weak performance squandered their opportunities and sent Varese into the finals against Roma.

Should we be disappointed in this game? Yes, but this team? Never. Renato Buso has instilled a Prandelliesque mentality in this team, giving the boys what they need most, a father figure. Buso's success last season, winning a scudetto with the Allievi U-16 viola squad, to winning a Coppa Italia this season has shown that Fiorentina despite its troubles, still has one of the finest youth academies in the nation. Don't be fooled by Varese being a small team, remember a few years ago, most of the great youth in Italy were popping out from places like Parma and Bergamo (such as Atalanta) even Pisa shows great strides in youth. We should be humbled and excited about the possibility of integrating players like Carraro, Acosty, and Piccini into the first team. Camporese has already shown that he has the skills to be a leader and is a shining star in our future.

Good on our boys for this season, from a fantastic 11 game winning streak last October, to a 3-1 win against Roma in the final, Buso just might be the magic man.