Share All sharing options for: Inter 3-1 Viola; You're No Good 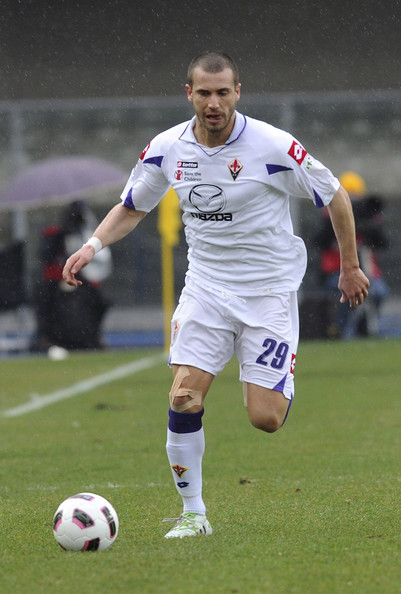 Fiorentina defense and midfield took the afternoon off and allowed two goals in three minutes to effectively end the game early at the San Siro against Inter today. Lots of defenders have been made to look silly by Samuel Eto'o, but when Cristian Chivu blew past Lorenzo Di Silvestri like he was a fat Linda Ronstadt, it was all but over.

A nice shot by Giampaolo Pazzini and a header by Esteban Cambiasso, who was poorly marked by new father Manual Pasqual and it WAS over. A late goal by Alberto Gilardino, his twelth in Serie A, was squandered as Inter answered quickly off a free kick by Coutinho.

It was obvious that Inter were the much superior side and they showed the Fiorentina backfield house of cards for all to see. Of the back four, only Gamberini has the quality to stay with the premier attackers in Serie A, but because of the liabilities of those that play next to him in the center (Natali and Kroldrup) and those outside of him (LDS, Comotto and Pasqual), he's forced to "help out" and it leaves his area open as well.

The inadequacies in the back also affect the midfield, as D'agostino, Vargas and Montolivo are forced to play back to cover the defense and the forwards are left out on their own. Even a late Adrian Mutu appearance and the Gilardino goal did little to make the match palatable to Florentine taste buds.

Inter stays in second place and Fiorentina stay in ninth, a single point ahead of Genoa who beat relegation threatened Sampdoria in the derby today.

Report Cards
Boruc - had no chance on either the first or third goal, but the second goal went right thru him. only 4 saves on 8 shots on. average at best 6

Gamberini - can't play four on one, barely held his own one on one with Eto'o 5.5
Natali - Serie B. Pazzini schooled him. he won several headers but that's about it. 4.5
Pasqual - looked like he hadn't slept for a few days; had to be subbed out, 4.5; Comotto - one cross, straight to the goalie 4.5
LDS - slow slow, slow. he's a statue out there on defense, very disturbing that this is our future, moved over to the other side when Pasqual had to come out. 4,5

Montolivo - invisible most of the match, clearly not as good as anyone on the Inter side, why he'd want to go there and sit on the bench is beyond me 4
D'agostino - as good as he was last week, he was bad this week. subbed for Mutu near the hour mark 4; Mutu - too late to do much, couldn't link up with Gila a few times. 5
Behrami - hardest worker on the field, could have earned a penalty kick if the ref had been inclined to call anything near Inter's box. 6

Cerci - most dangerous for most of the match, serves a couple good balls to Gila who does his Nacho impersonation, but Inter's defense is a bit more stout then the last two, subbed out 70th minute for Santana. 6; Santana - gets the assist for Gila's goal 6
Gilardino - typical frustrating performance, misses the easy ones with an open shot off the cross bar and, facing only the goalie, kicks wide in the first half, and then makes the hard one as he corrals a pass with his thigh and drills it past the Inter Goalie. 6

Mihajlovic - poor effort by the whole squad in the first half, i'm starting to question his training techniques as well as his tactical choices. By leaving Ljajic and Gulan on the bench, (Ljajic for Cerci and Gulan for Pasqual would have been just as effective) he shows, once again, a lack of commitment to the future of the organization 4 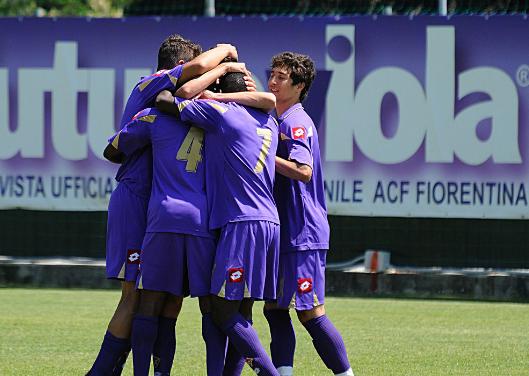 The bright side is our youth.

Fiorentina Primavera beat Chievo Primavera 2-1 on goals by Iamello and Matos and advance to play Catania next week. The winner will go onto the Final Eight Tournament. That means the youth is not available for our next match, but seriously, would they have played anyway?

Looking Ahead
Next week Bologna come to the Franchi in the early match (6:30am EDT). Bologna are 5 points ahead of the last relegation spot and , having not scored a goal in 5 matches, will look to keep the match a scoreless draw as they achieved today against Parma.

The only thing left for Fiorentina to play for is eighth place, but that is looking less likely as Palermo are four points ahead with two matches left. Palermo play at Sampdoria and then close at home against Chievo while La Viola finish at Brescia, who were mathematically relegated today. They can't rest quite yet as Genoa are only a point behind with matches at Lazio and a finisher against Cesena.