Last Stand At the Franchi: Fiorentina-Bologna

Share All sharing options for: Last Stand At the Franchi: Fiorentina-Bologna 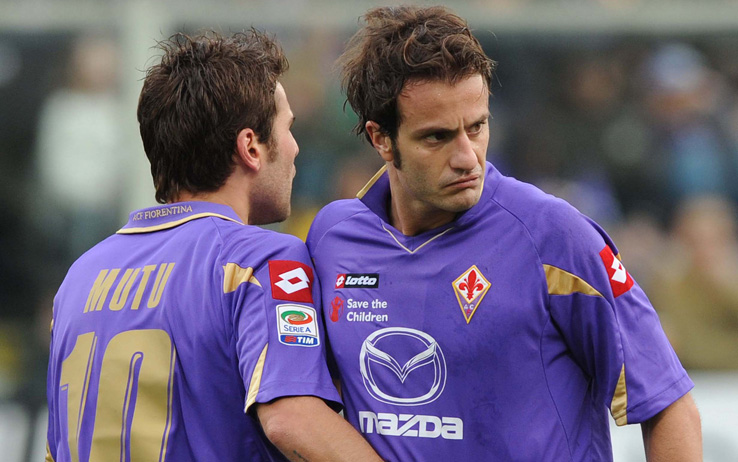 It's the last home game of the season, and possibly the last time many of our stars stand on the same pitch.

Note: This weeks preview is early because I will be on vacation for the week.

After a rough and tumble season we come to the final home game. The one that should have been a roar but fades out with barely a whimper. It's possibly the last time that Gila, Mutu, Frey, Monto, Santana, and Donadel will salute the Fiesole. We head up against 15th place Bologna, a team that has historically given us trouble at home. Last season we crumbled 2-1 in our first game of the new year in what many would say was the beginning of the downfall. A little justice would serve right.

We're coming off a 3-1 thrashing by Inter, which left many of us hopeful of a better team performance. But we've pinpointed our weaknesses, a rubbery midfield, a forward who's lost his magic touch, and defensive wingers that need to pick up the pace, and these are the issues that need to be sternly fixed. Bologna come off two losses and a 0-0 draw with Parma last week, yet Di Vaio still commands a 19 goal tally this season. Earlier in the season we drew 1-1 with goals from Di Vaio and Santana.

The doctors still have not cleared JoJo for full duty although he is using the ball, they believe his muscles have not yet fully developed and would rather hold him back longer than risk a major injury. Still I don't understand why a 5 minute crowd pleasing cameo could be a bad thing. We've waited this long, we want to know whats the future.

If Mutu and Gila are well truly on their way out then they have one last chance to display what they've brought onto this field, and a vintage 2007-2008 style performance would not be unappreciated. It would be nice if the outgoers would show why they belong on this team and what kind of legacy they're going to leave behind.

We will see much the same formation that has brought us a medial amount of success the last few weeks. Boruc covers the posts, LDS, Gamberini, Natali, and Pasqual cover Behrami, Montolivo and Vargas, on the shoulders of Cerci, Mutu, and Gila.

Bologna will show up with Emiliano "Purple Rain" Viviano, Moras, Portanova, Britos and Cherubin in defense, Perez, Mudingayi and Mutarelli covering Della Rocca on the shoulders of Di Vaio and Gimenez. Edkal sits this one out and Busce, Montelongo, Garics, and Esposito are all done for the season.

Heres to one last hurrah from our stars, and FORZA VIOLA!!!