Share All sharing options for: The Team Formerly Known as Beckhams Comes to Firenze: Fiorentina - Milan 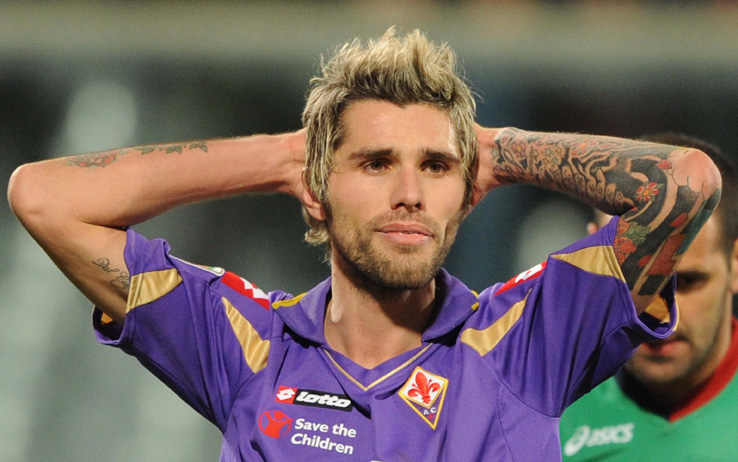 First of all check out the doodle at www.google.it today, hopefully a good omen!

After a (yet again) disappointing draw to Cesena last week, we invite Milan back to the Franchi, hopefully to repay the favor that Napoli did for us in May 2008. We lose Mutu for this one but we recover Behrami. It also gives a chance for Ljajic to re-solidify his place in the team and gain Mihaj's trust.

Milan has always traditionally had it rough at the Franchi but always seem to get the result they want usually via Pato. Our last win here came in the 2005-2006 season with a Toni double, Jorgensen, and future purple Gila to bring one back for them.

Last season we took the lead early with a rather lucky Gila goal, and then finished off by Pato and Huntelaar.

We're going with our classic 4-3-2-1, Boruc in goal, Comotto is favored over LDS, with Gambero and Natali who might fight for his place with Kroldrup, and Pasqual on the other side.
Vargas moves back to mid with Donadel and Monto, who will cover Gila, Ljajic, and Santana.

Mutu is out for this one. JoJo is still warming up, and Frey is taking Primavera duty.

Milan are missing Cassano due to suspension, and will do without Inzaghi, Ambrosini, Bonera, Gattuso, and Jankulovski.

Your referee for the week will be Morganti, we suffer with him on the road, but we've always been positive with him at home.

Time to bring our dirty game out tomorrow FORZA VIOLA!!!