Share All sharing options for: Crush the Seahorses: Cesena - Fiorentina 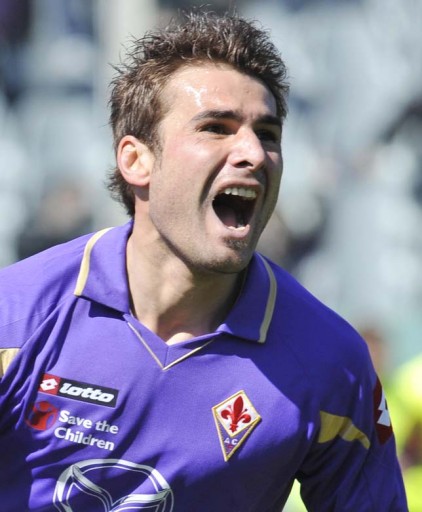 Tomorrow Mutu and Co. make a trip to the city Mutu nearly ended up calling "home".

Fiorentina are in a good moment. We've lost 1 of 6 games, we're scoring, and looking generally in renewed health. Wish we could say the same about our mercato but thats not what we're here for.

In a bid to raise our Serie A level, we head to Cesena tomorrow to take on a team notorious for making it tough for teams in their little stadium. Cesena have been at the bottom of the table all season. But they've made it tough for teams to keep them there.

Before the dreaded international break of terrible football, we held Roma to a 2-2 draw, a game that we mostly controlled. Cesena come off a 1-0 loss with Lazio. Earlier in the season we beat the Seahorses 1-0 with a bit of Gila magic.

These are the last games we might see of this complete team as there are plans for a Violalution this summer.

Fiorentina show up with Boruc in goal (Frey played in the Primavera's 3-1 victory over Bologna)
De Silvestri returns to the lineup with Gambero and Natali with Pasqual in his usual place.
Donadel is being chosen over D'Agostino flanked by Santana and Vargas while Montolivo will be in the hole behind Mutu and Gila.

Behrami went and injured himself on duty and JoJo still isn't ready.

Cesena will show up with Antonioli in goal, covered by Ceccarelli, Felipe (*shudder*) Von Bergen and Santon who will in fact play. Sammarco Colucci and Parolo will support Giaccherini and Jimenez behind Malonga. Fatic is injured and Lauro sits this one out.

Heres to hoping that the "ex man" Mutu runs circles around Felipe.