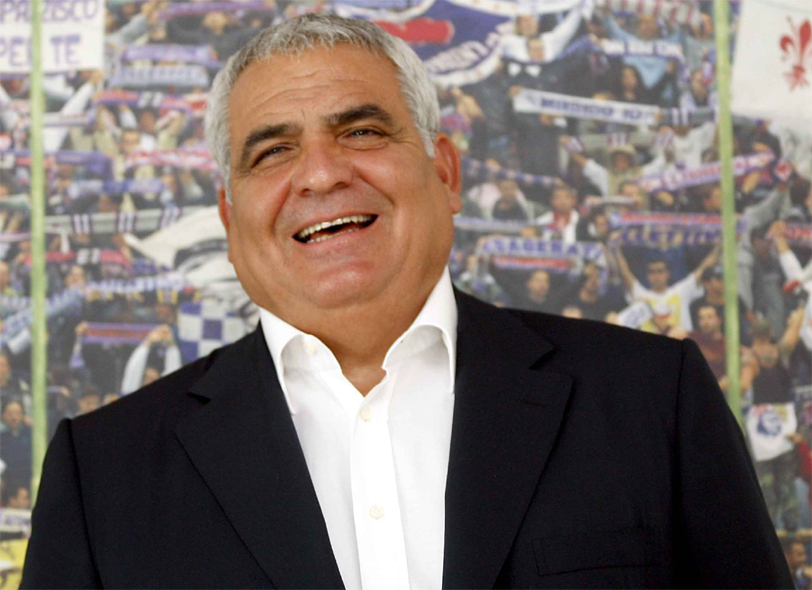 With lots of changes ahead this summer, its time to look ahead to the future, and the hopeful beginning of a new cycle.

So the age of Prandelli is officially over, we enjoyed 5 years with a sturdy group, some who have remained with the team since their return to Serie A in 2004. But that group has aged, become impatient and is looking at new challenges, its time to turn the whole team over and start anew.

Donadel- Class of 2005: Donadel has been our defensive midfielder and although we tried replacing him first with Melo than with Zanetti, the man has never lashed out, never questioned his place, and although he isn't the most reassuring one with the ball on his feet, he took on an admirable role of leadership earlier this season when Monto was having surgery. Should have been captain in the first place IMO. His contract is up this season and renewal doesn't appear to be an option. Possibly headed for Genoa, Napoli, or Lazio.

Santana- Class of 2006: Santana has always been a frustrating figure within the viola ranks. He has moments of pure brilliance, and moments of emptiness. Yet this season he has proved to be valuable as he saved us in several occasions and finally exploded. Unfortunately his time like Donadel, is limited to his contract, and hes headed for greener pastures. Possibly headed to Atletico Madrid, Fulham, or Roma.

Montolivo- Class of 2004: Montolivo has been the one that never truly exploded. He was supposed to be the next great Italian midfielder, the Pirlo heir and the diamond in the rough for our team. Unfortunately his timidness and frustrating ability to lose simple balls when having moments of genius with others, has turned him into a "little girl" stereotype. When he runs hot, he runs burning, when hes cold, hes practically non-existent. Won't be renewing his contract even though he has one year left. Maybe its for the best. Possibly headed to Inter, Milan, or Juve.

Gilardino- Class of 2008: Gila. He announced his arrival with a fantastic goal against Juve, his supposed "destiny" club. Remember the days when Gila scored practically every week? When it was "Gila's viola". Gila has been a pretty non-factor this season. Hes scored some fantastic (and yes vital goals) but he seems to be running on the power of pure luck rather than skill. How many times have we said this season "Gila almost got to that ball" or "He missed that cross by an inch"? Seems like a right time to find someone younger. Possibly headed for Juve, Napoli, or Lazio.

Frey/Boruc- Class of 2005/2010: Two great keepers, one of them is leaving, most likely it'll be the Pole. Corvino was practically foreseeing the future when he bought Boruc as he has been one of the true men of the season. It's been an absolute honor and pleasure to have him and we knew it wouldn't last long but we wish him well. Possibly headed to Arsenal, Tottenham, Roma, or Legia Warszawa.

Vargas- Class of 2008: Vargas has had a sharp decline in form this year. No doubt he's still the Periuvian warrior, and nobody (seriously nobody) is capable of taking a free kick like him. Unfortunately he has become more than ridiculously injury prone, and its been proven that he isn't exactly irreplaceable. It's not said that he's leaving for sure, but if the right offer comes...
Possibly headed for Milan, Juve, Liverpool, Barcelona.

Comotto- Class of 2008: Ironic that Vargas and Comotto were both bought on the same day, Comotto is one of the enigmas of the defense. The problem with that side is that Comotto is more of a defender, while LDS is more attack oriented, and we obviously can't have both at the same time. Comotto is LDS' "rival" on the field and its time that LDS finally took his permanent place in the starting XI. Possibly headed for Brescia, Sampdoria, or back to Torino.

Pasqual- Class of 2005: Pasqual. Seriously, its a wonder how hes lasted on the team this long. We tried to replace him with Vargas before quickly realizing that Vargas can't defend (Think back to fall 2008) Back in 05-06 he had an absolute rocket of a right foot, and was capable of amazing crosses. Now even the simplest throw in seems to elude him, he runs around with the "lost puppy dog face" its time for an overhaul on the wings. Possibly headed to Genoa, Sampdoria, Napoli, or Lazio.

Marchionni- Class of 2009: Marchionni started his viola adventure in a bright fashion, great goals, great presence, one of the factors of our group stage run in the Champions League. Marchionni today has become something of a forgotten man. He'll make the occasional odd cameo appearance, but hes more of a filler, just to say "see? we do have 11 men on the field". Need to find a new form. Possibly headed for Genoa, Lazio, or Panathinaikos.

Mutu- Class of 2006: And finally, it seems like always, we come to Mutu. Yes, he said hes in love with the team, wants to stay two more years, and thats fine. But what are we expecting from him anymore? JoJo is coming back and the team is going to be built around him. Ljajic might take the next starting position, and whoever our new forward is the summer will be in the center. Adrian will be left to making small appearances and the occasional goal. Adrian we love you, you frustrate us endlessly, Its time to bow out. With grace this time. Possibly headed for Galatasaray, Steua Bucharest, Cesena.

Jalle Vossen- Racing Genk- Forward
Vossen has appeared closer and closer to the purple shirt, hes 22, scored 19 goals, plays for the Belgian national team, and could well be the heir to Gila.

Hernandez- Valencia- Winger
Hernandez has been an objective for over a year, he's been admitted to be a concrete viola objective, and could be one of the signings of the summer. It could be the heir to Vargas. Hes pricey, about 14 million but a few decent sales...

Andrea Mantovani- Chievo Verona- Defensive Wing
We've been after Mantovani for years, he is a solid defensive man with good control abilities and has been the center of Chievo's defense for years. Might make a decent bench man should Natali or Kroldrup pack up. Ps: also see Pellissier, cheaper attacking option:

Angelo Palombo- Sampdoria- Midfield
Lets not joke, Samp are going to Serie B, beating Bari, a team that doesn't care anymore, doesn't save you, and as such, a clearance sale is likely. Palombo is another name that pops up every summer, maybe its time to finally make it happen, especially with Montolivo looking more and more unlikely.

Johan Elmander- Bolton- Attacker
Another attacking idea Johan Elmander, quickly ending his contract with Bolton, we'd have to fight with Arsenal for his signature. Although at 29 years old, it might be better to find something more long term at this point.

Goalkeepers- We currently have 5 (!) goalkeepers, Frey, Boruc, Neto, Seculin, Avramov. At least two will leave, likely Boruc and Avramov. Neto is the only one who is 100% secure.

Defense- No major changes in center mid. Camporese will take his rightful starting place next season, Gamberini isn't going anywhere, but one between Natali and Kroldrup may leave when Nastastic shows up.

Midfield- The only secure one in midfield is Behrami, everyone else is fair game.

Attack- Mihaj has already said his intention is to rebuild the team around Jovetic and Ljajic at the forefront. Cerci looks set to stay, unless Serie B comes calling. Babacar is uncertain and a Serie B adventure might come calling.

The Primavera
2011-2012 looks to be the year that more of the Primavera gets integrated into the squad. Look out for the likes of Carraro, Iemmello, Piccini, Agyei, and Safilu to fill in the ranks.

The management
It looks more than likely Mihaj will see out a second season so that he can prove what he can do with a proper team. Personally lets see what he can do by Christmas, no improvement, no Mihaj.

The presidents chair is still empty, it still remains to be seen if ADV will finally take it.

Theres been talk about bringing in a second director of sport to free up more of Corvino's duties. A talented scout, or one such as Sabatini might do just fine.

So there you have the good the bad and the ugly. Heres to hoping to a great summer!