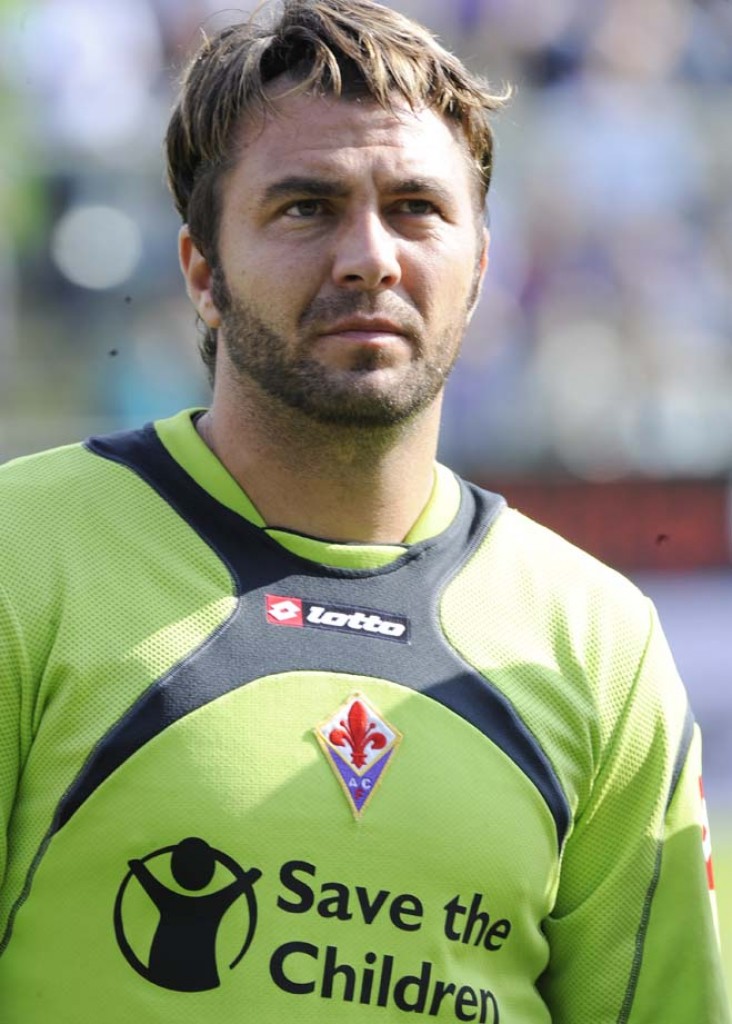 San Sebastien returns to the field this week as Fiorentina host arch rivals Juventus at the Franchi.

After a season halting injury, Sebastien Frey takes his place between the posts in the always juicy Fiorentina-Juventus matchup. Artur Boruc has preformed more than admirably these past 6 months, but Frey is Frey, and I for one am more than happy to welcome back our loyal #1.

Fiorentina and Juve have suffered nearly the same fate this year. Two teams that on paper should be superbly on top of the table, but have deluded the entire season. Juve seem to be slightly back on form while the purple ones ended a hot streak last week with a 2-1 loss to Milan here at the Franchi. Juve have never had an easy ride in Florence and just like our draw in Turin a few months back, its a game that never finishes until the final whistle. Last season Juve took the lead through Diego, viola equalized with Marchionni, and finished off by Grosso.

Juve remain dangerous up front and the main threats come in the form of Krasic and Matri, our defense is still a mystery, but early signs are showing that the Gamborese lineup could be in the works. Camporese hasn't played in Serie A since his own goal against Inter. With tall man Chiellini gone, it might give us a little more space to maneuver, but strikers must be on point. Its going to take moments of Mutu-Vargas-Gila partnership to crack it. Our midfield has to learn to balance responsibilities, our last few taken goals have been the result of 10 men + the Franchi groundskeeper chasing a single player and forgetting there are 9 more on the field.

So the formation remains a closely guarded mystery. Although Frey has been confirmed as being called up its still not known if he will start. So Boruc/Frey will be in goal. Comotto and Pasqual will flank Camporese and Gamberini. Behrami Montolivo and Vargas will cover the returning Cerci alongside Mutu and Gila. Mihaj has said that Cerci will play farther back in respect to further outings and might use him later as a Donadel-like DM. Santana is out 3 weeks, JoJo has no real news, and Natali is out 10+ days.

Juventus will start with Toni and Del Piero on the bench. Buffon will start with Grosso returning alongside Sorensen, Barzagli and Bonucci. Aquilani will partner with Felipe Melo while Pepe, Marchisio, and Krasic back up Matri. Juve have a lengthy injury list including Iaquinta, Quagliarella, Chiellini, and Sissoko but are still buoyed by major returns to their bench. Your referee for the week is Orsato.

At this point in the season we're playing to prove that we're not finished yet.

Note: As always with big matches, Viola fans here, Juve fans on your side. Keep it civil.