Dedicated to the Young Ones: Fiorentina-Catania

Share All sharing options for: Dedicated to the Young Ones: Fiorentina-Catania 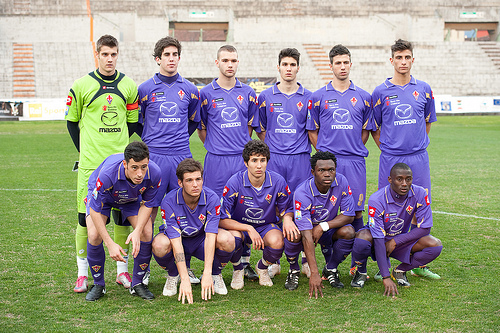 Before we start the preview, this is dedicated to the Primavera boys going to the final of the prestigious Viareggio Cup, one of the worlds foremost youth tournaments for young squads. The last time we were in the final was 2000. Against Newcastle, Internacional, Parma, and a semifinal win against Varese, we now go to face Inter, and win or lose, these boys are flying our flag high. Especially notable is the Carraro-Iemmello strike duo, who have netted 11 goals between them in the tournament. Well done.

Tomorrow the big boys meet Mihaj's former Catania at the Franchi. The boys are coming off a bit of a lukewarm streak with two deserved draws and a lost in their last three matches. The point of the season now is to reach 40 points and start thinking about next seasons inevitable changes.

Catania currently sit in 15th, come off a resounding win against Genoa last weekend, and a win here could bring them into our level. They have yet to have an away win this season.

Catania have historically struggled at the Franchi, and last season we beat them 3-1 with a Marchionni double (remember those days?) and Gila.

Fiorentina show up tomorrow with Boruc between the posts, Comotto, Gamberini, Natali, and Pasqual who will leave out the resting Camporese who was called up in emergency to the Primavera squad. Montolivo, Behrami, and Donadel taking over for injured D'Agostino, and Vargas' grand return to the starting 11 covering Mutu and Gila.

Catania travel in with Andujar between the posts, ex man Potenza, Silvestre, Spioli, and Alvarez in the back, and Ricchiuti, Loti, and Ledesma backing up Gomez, Bergessio, and the dangerous Maxi Lopez.

Augustyn is suspended for the elephants, while D'Agostino, Jojo, Frey, and Kroldup still sit on the treatment table.

These are historically easy wins for us, lets home tomorrow doesn't let us down, we expect nothing except the three points.