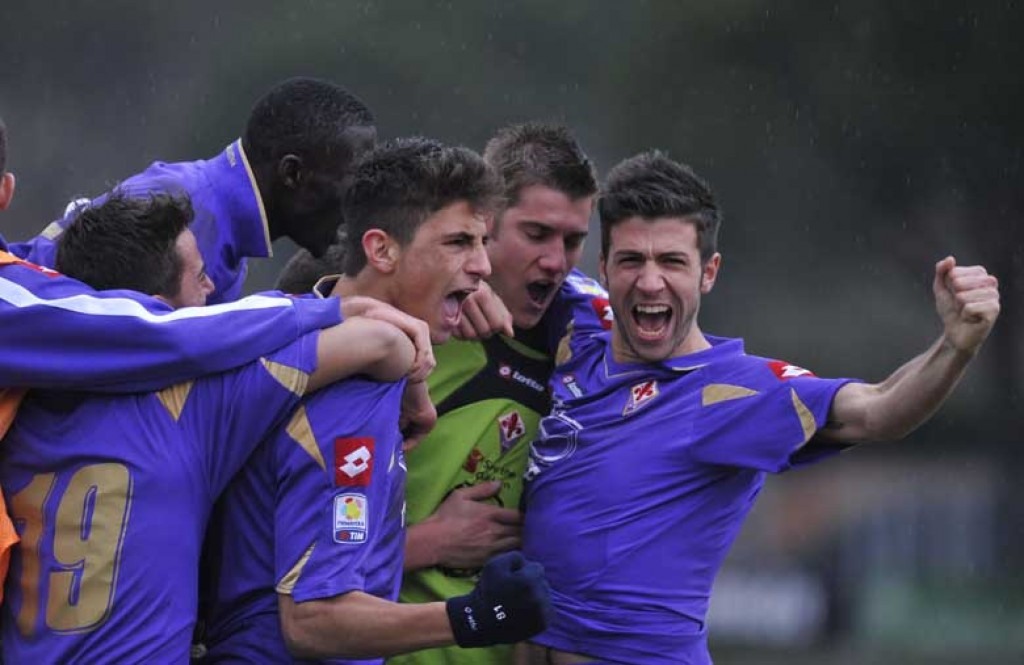 In a stunning turn of events, the Primavera capped a magnificent season taking home the Coppa Italia with a 3-1 win over Roma.

We laud all aspects of our team. From the Allievi babies, to the Primavera, to obviously the first team. But while the first team has had little positive to talk about, the Primavera has been taking Italy by storm proving that we have year in and year out one of the finest youth academies in the country. Their names, Carraro, Seferovic, Agyei, Camporese, have become as much a household name as the bigger boys, and like proud parents we've watched them grow and mature.

In front of a great section of fans who traveled to see the younger ones, the boys held up the trophy for the first time since 1996, and only the third time (the first coming in 1980)

Fiorentina deservedly took the lead in the first half when Carraro slid the ball over to Seferovic who slotted it right at the goalkeeper who blundered it into his own net. Roma equalized early in the second half when Federico Viviani caught Camporese in a bad position who deviated the ball past Seculin. Yet Roma's equalizer only lasted 10 minutes when Acosty found winger Piccini on the right side, Piccini threw in a half cross that magnificently struck the net from 25 meters out. At 90+3 Seferovic found Matos in the area who was crowded by red shirts and eventually knocked down. Penalty for the purple ones. Carraro stepped up and knocked it past the left side for the 3-1 and the secure victory.

Seculin - 7 - Not at fault for the goal, deceived by Camporese

Piccini - 8 - Ran, delivered crosses, a terror on the right side, and what a goal.

Camporese - 7 - Same performance we've come to love, but unlucky on the deviation in goal.

Acosty - 7 - Great midfield fight, found Piccini for the goal, but earned a less than necessary yellow.

Taddei - 7.5 - Great save on the line, nearly insuperable in the middle.

Seferovic - 7.5 - Great partnership with Carraro, these are the performances we've come to expect from him. Put pressure on the Roma defense.

Carraro - 8 - Fights. Protects the ball. Gets it where he needs it to be. Scores. This one is one for the future.

Matos - 7.5 - Plays a little bit dirty, but completes the trident and bags the penalty for the 3-1.

Buso - 10 - We can finally say it. Renato Buso has won the scudetto with the Allievi, and now hes brought us to the top reaches of the primavera championship, the finals in Viareggio, and a fantastic win in the Coppa Italia. This is how you run a youth team.

THANK YOU FOR SHOWING THAT FLORENCE STILL HAS A PROUD CALCIO TRADITION!!