Share All sharing options for: On The Road Again... Bari v Fiorentina 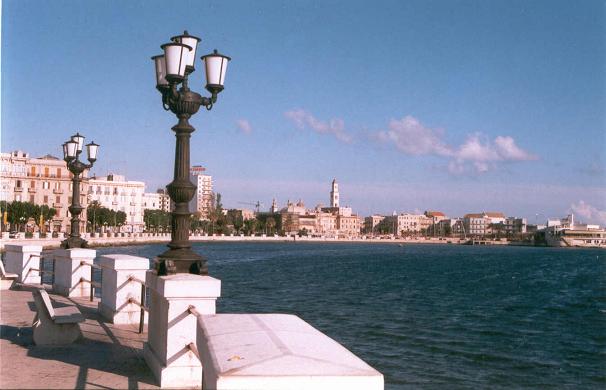 I don't think Willie Nelson (or his pot) has made it to beautiful Bari yet, I know Bari didn't make any of my itineraries and, sad to say for the Biancorossi, looking at where Associazione Sportiva Bari place at the bottom of the table, it doesn't look to be on Serie A teams itineraries for much longer either.

The Location
Bari nestles on the southeastern coast of Italia on the Adriatic Sea. It is the second largest industrial center in Southern Italy, behind Naples, and is the Capital of Puglia Province. it is well known for its Ports and University, and a few nice cathedrals. 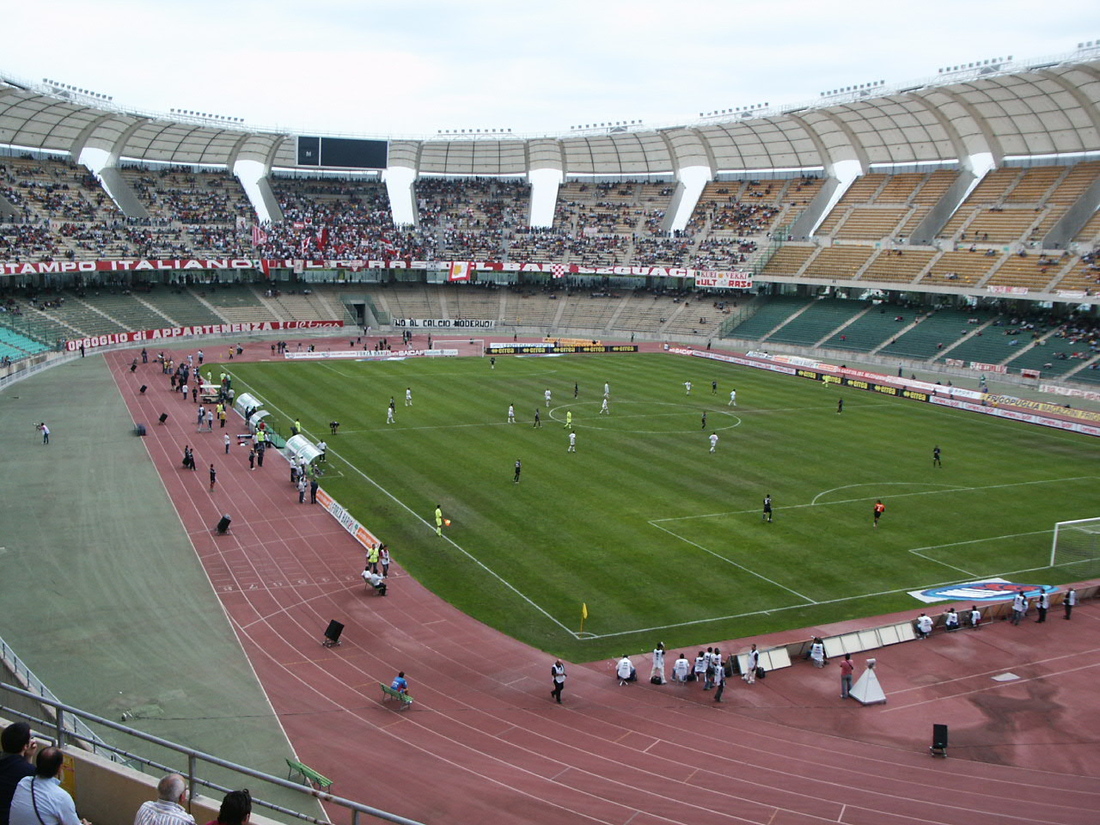 One thing Bari can boast of is a better stadium. Stadia San Nicola was built in 1990 for the World Cup.

The History
Bari has not been a very hospitable travel destination for our lads from Tuscany. The last Viola victory at Bari, in fact, was in 1998, a 1-0 win, with a goal from Domenico Morfeo. This will be the 66th over all match up (57 in Serie A and 8 in Serie B), with Fiorentina holding the overall advantage with 27 wins, 17 losses and 21 ties. In Bari, however, this will be the 33rd meeting, with the Biancorossi holding an large advantage of 16 wins, with 4 defeats and 12 ties.

The last meeting at Stadia San Nicola was the last matchday of the season last year and it was another defeat for Fiorentina, 2-0. The defeat ended a season that had started with such large hopes and ended with not much more than a whimper. The victory for Bari brought them to a finish of tenth place in Serie A

On the plus side, La Viola won the last meeting between these teams at the Franchi, 2-1 with goals from Donadel and Gilardino.

The Match
This season has been a tough one for both squads, each squad getting a taste of last place in the league, although Fiorentina's taste was a sip, while the Biancorossi are getting a beer bong full of bottom table. Bari, with 15 points, are 11 pts from rescue, but with a record of 3 wins, 6 draws and 17 losses and a goal diff of minus 26 doesn't look likely to be able to pull themselves up. At home, Bari has 2 wins and 4 draws.

That being said, the Galletti will be eager to get whatever result they can from this match, and given the way Fiorentina played against a packed back Sampdoria, La Viola may see a lot more of that style this weekend.

Viola
Conventional wisdom would say that Fiorentina will come out as they have the last few weeks in a 4-3-3 formation, but Sinisa Mihajlovic tried a new 4-1-3-2 formation in a practice match this week.

If they come out in a 4-3-3, expect to see Boruc in goal, a rested Comotto, Gamberini and Camporese with Pasqual on the other wing. I'd expect a midfield of Montolivo and Behrami on the wings, with Gaetano D'agostino getting the nod ahead of Donadel. In front would be the return of Vargas on the left with Gilardino and Mutu rounding out the lineup.

If they try the 4-1-3-2, you'll see the same back line, with D'agostino right in front and a midfield of Vargas, Montolivo and Behrami, with Mutu and Gila in front.

Santana, Kroldrup, Jovetic and Frey are injured for the Viola.

Biancorossi
Given the success of Sampdoria in packing back and making dangerous counters against our lumbering and cumbersome backfield, I would expect Bari to pack it back and look for counters, as well. I fear an early goal

Barreto, Salvatore Masiello, Kutuzov, Belmonte, Almiron and Rudolf are injured and will sit out the visit of Fiorentina. Rossi is suspended. Notablewe should see are Jean-François Gillet in goal, Abdel Kader Ghezzal and Chuka Stefano Okaka in front.