Reaching for the upper table: Fiorentina-Sampdoria

Share All sharing options for: Reaching for the upper table: Fiorentina-Sampdoria 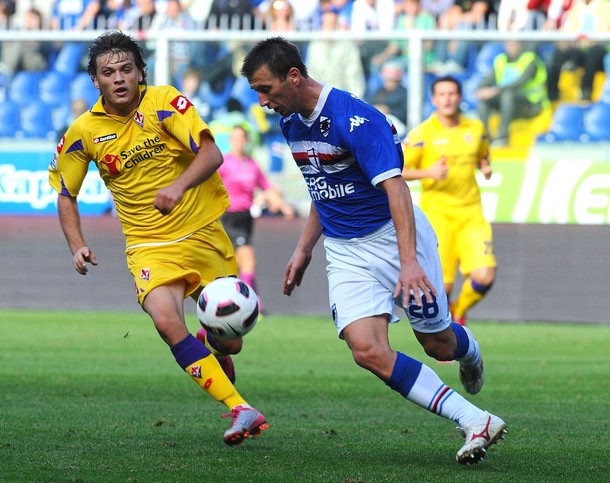 After a little midweek hiccup, we're again at the Franchi as a struggling Sampdoria come to relaunch themselves.

We're finally looking better. We finally won an away game last weekend with Palermo, and an extremely unfortunate loss against Inter where we played valiantly for over an hour. Now a struggling Sampdoria, struggling and pretty much having shot themselves in the foot come to test themselves at the Franchi.

Last season Sampdoria fell 2-0 at the Franchi with goals from Gila and JoJo.

Mihaj is looking at a mini-turnover for this one, the decision for Boruc in goal might be left to a last minute decision as he is suffering from a fever, so we could well see our fourth (!) goalkeeper change of the season with Neto. He is also reportedly thinking of resting Camporese and playing the Natali card. Vargas trained with the group this week and has been called up and could well come off the bench. 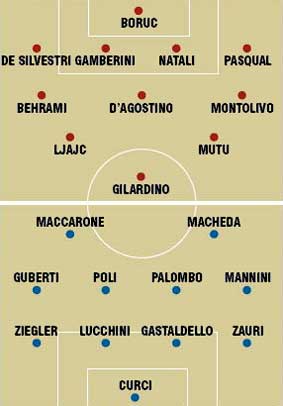 Santana, JoJo, Frey, and Kroldrup are still out for the purple people.

Samp are in the middle of a minor crisis as missing are Pozzi, Semioli, Biabiany, Perticone, and Tissone

The main dangers here are the almost viola Maccarone and Macheda. Maccarone has historically always found a way to screw us so he'll be the main defensive hassle.

Hopefully we come out with heads high and max points.