This Is Delio Rossi's Fiorentina

Share All sharing options for: This Is Delio Rossi's Fiorentina 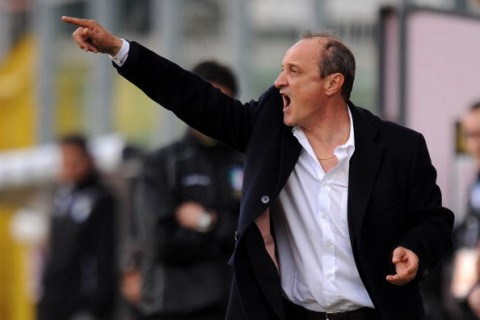 A bright new future for Fiorentina as Delio Rossi officially takes the reins.

It's now signed sealed and delivered, after a disappointing string of results under Sinisa Mihajlovic, Fiorentina takes a new direction in the talented Delio Rossi who looks to bring exciting passionate football back to Florence.

Rossi's Fiorentina
Delio Rossi is a manager who does two things well: develops youth and plays attacking football. The days of parking the bus under 1-0 leads are well and over. Rossi developed the careers of players such as Vucinic, Kolarov, Pandev, Bojinov, Pastore, Ilicic, and De Silvestri. When Lazio were docked 11 points in the Calciopoli scandal he led them to a 3rd place finish in Serie A and a Champions League berth. He won the Coppa Italia in 2004 and 2009, yet left Lazio under a troubled relationship with Claudio Lotito. In Palermo he quickly won over fans with wins against Milan and Juventus, finishing 1 point behind Sampdoria for 5th place and guided the Rosanero to a UEFA League spot in the 2010-2011 season.

Rossi is a manager known for taking meticulous notes on every aspect of the game and he is highly critical of every misstep. He doesn't like technology and he hard work and top fitness above all else. He understands both Italian and foreign football and can adapt to any formation given the players he has. However he doesn't like to change formation mid-season as he believes in continuity. Most importantly for us he is a father-like figure to many players and can quell locker-room rebellions.

Rossi's Tactics
Rossi is famous for his 4-3-3 formation with a variable attacking formation. He wants a mobile unit that can switch instantly from a 4-3-3 to a 4-3-1-2 or 4-3-2-1 formation. He's a fan of the dual striker role and isn't too keen on wingers ala Prandelli or Mihajlovic but he does find use for them. The back four will remain the same but it's too soon to tell if we will see a younger variation. The 3 man midfield will definitely include Behrami, another player launched by Rossi at Lazio, Montolivo and one between Lazzari and Munari but not excluding a younger option. Jovetic and Gilardino are sure bets up front with another point be it Silva or Babacar, or Ljajic if he decides to go with a 4-3-2-1. Vargas could move back to left back as an alternative to Pasqual while Cerci who can only play in a 4-3-3 could be interchanged with Jovetic.

Rossi will be presented to the press tomorrow and his first training session is scheduled for Wednesday. In two weeks Fiorentina will welcome Milan at the Franchi but it is important that we as fans let him work in peace despite what happens against Milan. The time for criticisms is over, we got what we wanted, and now it's time to support our team.