Share All sharing options for: Delio's Trial By Fire: Fiorentina-Milan 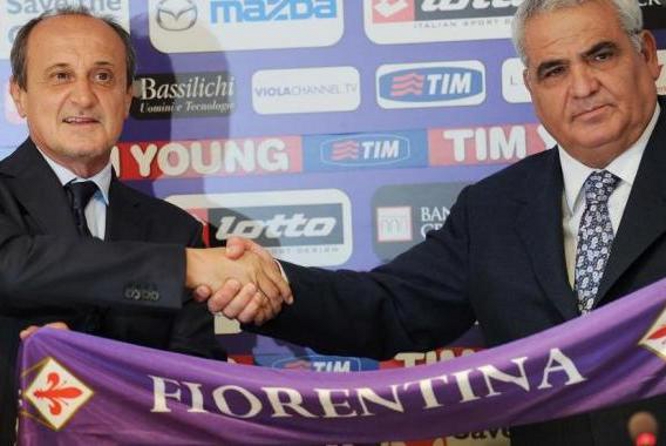 Delio Rossi's purple tenure begins in the most difficult of ways as a JoJo-less Fiorentina take on Italian Champions Milan at the Franchi.

We've had two very interesting weeks watching this team transform from a flat, dull, Serbian infused block of marble, to a young, vibrant team itching to claw it's way back up the table. Unfortunately change is slow, and this week might still be a baptism by fire for Delio Rossi who looks to impose his foot on a new look viola.

Let's recap the last two weeks. International break. The big names go to play for their sides. Cassani and Behrami are on the massage room table. JoJo comes back with a knock. Meanwhile Delio Rossi is eying and forming a team based on Prandelli's meritocrity, rather than Mihajlovic's dictatorship. We've watched the evolution of a formation from a 4-3-2-1 to a 4-3-1-2 and back to a very mobile 4-3-3. We've watched the re-integration of Babacar into the squad, the introduction of Romizi, and the more than welcome news that the Coppa Italia and Supercoppa winning Primavera is finally getting the recognition they rightfully deserve. Fiorentina played a friendly against Rodinella with Gila getting on the scoresheet 5 times and even Cerci proving he still has a future at the club.

Fiorentina come off a 1-0 loss at Chievo two weeks ago. The dull shapeless team had run its course and we learned of how deep this player revolt had gone. We learned from Ljajic, Cognini, Corvino, and even Frey that Mihaj never had a handle on the team. Vargas has been transformed from a devastating hardworking winger into a lazy partyboy. Montolivo still acted like he doesn't want to have any part in this team anymore. Criticisms came from every angle. Finally the management made their first right move in months and listened to the fans, sacking Mihaj and bringing in what should have been made official a year ago.

Milan on the other hand are flying high. They come off a 5 game winning streak, they're 3rd in the league, one point off first and they've recuperated Pato, who is by far the most devastating thing to ever hit the Franchi. Milan have a successful run at the Franchi having last lost here in 2005 with a Toni double, followed by Jorgensen, and rounded up by a Milanista Gilardino.

Fiorentina played Milan earlier in the year and lost thanks to Seedorf and the everpresent Pato.

Fiorentina's new look will come in a 4-3-1-2 with Boruc in goal. The right back position is a battle between Romulo and a not quite in form De Silvestri. Gamberini will take his place next to one between Nastasic and Camporese while Pasqual covers the other flank. The midfield is the biggest enigma. Will Montolivo keep his place or lose it to Kharja? Yet Kharja has only been training 3 days so might start from the bench. The most probable is Behrami (recuperated) with Montolivo and Munari supporting Lazzari in the hole behind Cerci and Gilardino. However careful for Ljajic who could earn a late staring position. The three primaveras: Babacar, Safilu, and Romizi will all start from the bench. JoJo is nursing a minor injury, and Kroldrup could return late November. Vargas has not been called for either fitness or disciplinary reasons.

Milan show up with it's own 4-3-1-2. Abbiati starts in goal covered by Antonini, Thiago Silva, Nesta, and Abate. Nocerino Ambrosini, and Aquilani will support Emanuelson covering Robinho and that god of all men who cannot match his glory in any way shape or form (quoted from his book) Ibrahimovic. 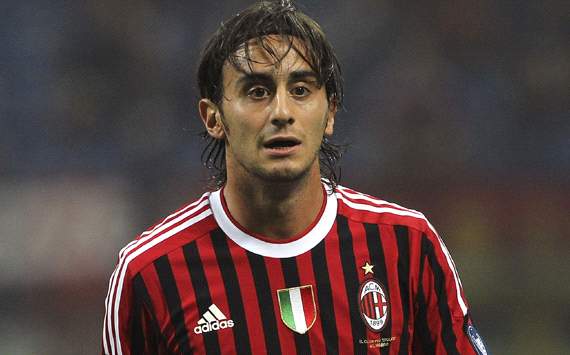 The Tactical Key
The former Beckhams and future Montolivo's (or De Pins depending on your angle) are even when missing key players a formidable team. However they are not unbeatable and even this season have shown some weakness. The biggest question is can Cerci keep up his form when not playing wide on the wing, and what kind of impact will Lazzari have when moved far up front. Can Romulo defend as well as move forward? Can Nastasic fare against Ibrahimovic as Camporese did in his shining moment? 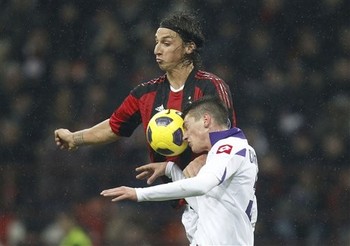 It'll be an interesting test for Delio's young team, but with heart and creativity we can beat Milan at their own game.

Note to Milan fans
Please keep comments on our board respectful and in the spirit of fair play. You are more than welcome to join our matchcast but any personal attacks, badmouthing, and extreme negativity will be deleted. Thank you.