Share All sharing options for: The Great Goalkeeper Game: Fiorentina-Genoa 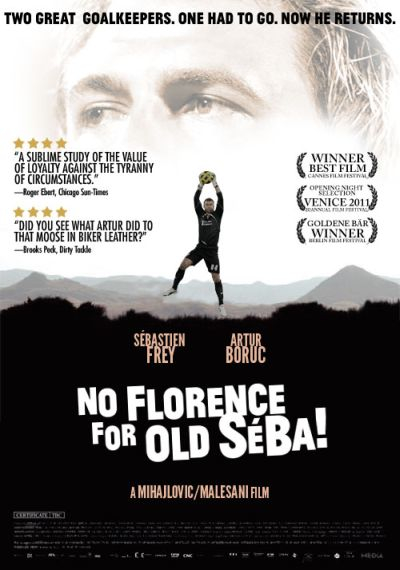 It's the Flying Frenchman against the Psycho Pole as Genoa come to the Franchi.

The battle for mid-table continues as Genoa and Fiorentina, two under-performing teams meet in what is both a triumphant return of a viola legend, and a trial by fire for an embattled manager.

The main event of course is the return of Sebastien Frey to Florence. Unceremoniously tossed out following an injury last season, Frey has held no malice towards the team and has publicly offered his support throughout this trying season. With 175 Serie A appearances in the purple jersey, Frey's return is more of a party and a celebration of his glorious career in Florence rather than a lament.

His rival, Artur Boruc, was brought in to give Frey a little pressure to perform, and once Frey was injured and the Pole brought his A-game, Fiorentina saw him as the direction in which to steer the team. Fiorentina have not suffered in terms of quality in the back as Boruc has put on fine performances culminating with a red-face saving 12 saves against Juventus last week. Frey has suffered a bit in the beginning of the season with a wobbly Genoa defense but Genoa has picked up the pace in the last few weeks and seem to be finding their footing.

The other major storyline of this match up is the disputed permanence of Sinisa Mihajlovic. Sinisa is under fire from all sides for picking up 3 points in the last 5 games and it seems that the higher ups have now taken notice. In an effort to save himself he is switching from a 4-3-3 to a 4-4-2 (or 4-4-1-1) and reinventing the wheel of sorts. Yet nothing except a thorough convincing win against Genoa may not be enough to save him as Delio Rossi and Gigi Del Neri are reportedly waiting in the wings to replace the Serb.

A "new look" viola will feature this week with the switch to 4-4-2 with a stuttering Cerci starting from the bench. Cassani returns to the formation with Gamberini, Natali, and Pasqual. A suspended Behrami will be replaced by Romulo from the 1st minute with Lazzari, Montolivo, and Vargas who will support Jovetic and Gilardino in a dual striker role. There is still doubt about Vargas who could be subbed with Munari at the last minute. Kroldrup and Gulan are still nursing injuries.

Genoa show up with a 4-3-1-2 with Frey starting in goal with ex captain Dainelli, Moretti, Mesto, and Antonelli, Veloso, Kucka, and Merkel behind Constant, who supports Palacio and Jankovic. Moretti could be replaced with Bovo at the last moment.

Genoa are like Udinese, they survive on counter attacks. Palacio is in hot form right now and the focus on the defense should be on containing him. However Genoa have a talented midfield in the form of frequent viola scorer Veloso and Kucka. Genoa's defense has always been historically fragile but it's going to take creativity and rapidity to get into the area. The 4-4-2 should give us some extra speed on the wings but I can't be positively sure how Romulo will look after an hour of constant running. I'd expect to see Ljajic show up at some point at relief but I would still have preferred having a youngster or two to add some energy. Still we know Frey is good...very good...but as we've seen he's not completely unbeatable. Frey has always been better in the air while Boruc is better on the ground, so I hope to keep our shots low, fast, and deadly accurate. You can't help but wonder how many training sessions they had with Frey in Cortina this summer.

Thank you again to Catalogue for another awesome poster!