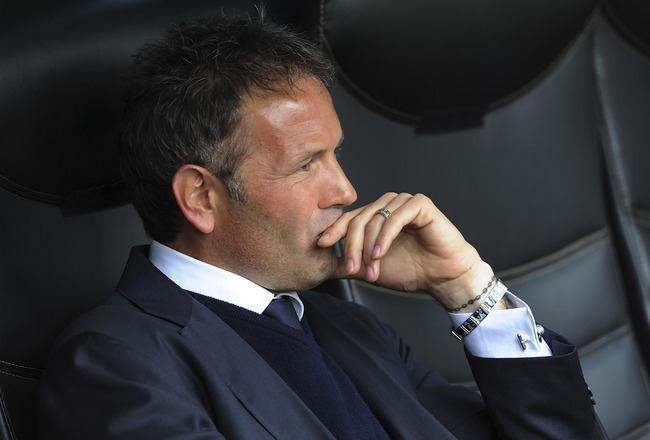 Sinisa Mihajlovic's seat got a lot hotter as his team not only lost but looked awful doing so.

Winless since September, dropping down the table and seriously needing a good performance from his squad, Sinisa Mihajlovic took Fiorentina to Torino to face their biggest rivals, Juventus, and again failed to show that his squad belongs in the top of the table, much less playing in Europe.

The only bright spots for Fiorentina were another goal for Jovetic and Artur Boruc making TWELVE saves, leaving Fiorentina fans looking for The Cure.

Report Cards
Boruc - probably could've done better on the first goal, but 12 saves, are you kidding me? with little defense and no midfield, he was under pressure all night. 7

LDS - no offense, no defense. get cassani back as soon as possible and find a new backup. 4
Pasqual - invisible most of the match, pepe owned him the first half. 4
Gamberini - he's the captain. time for him to start acting like one and kick some worthless ass out there 3 (as a player he probably deserves a 6)
natali - better than anyone else out there on D, but not enough. 5
Behrami - def not the answer in the center midfield. did what he could tho. second half was better 5.5
Munari - does ok, but he's still just a back up. got a yellow as well 5
Kharja - worthless in a three man midfield, as they played in the first half, played better when vargas moved back and made it a 4 man midfield, but still not sufficient. 4.5; silva - didn't do anything. mihajlovic grasping at straws.
Cerci - took him twenty five minutes before he even touched the ball and he gave it right up. Ever since the talk of him on the national team, he has vanished. with the formation change in the second half, he was subbed out and may even lose his starting spot. 4 ; Gilardino - his presence immediately changes Fior, at least on the front. within minutes of his entry, Fior tie it up. too bad he doesn't play midfield and defence too 6
Vargas - needs a few months off. This is what we'll get all season. tired, listless, uninspired. 4; Ljajic - came in too late to do much. 5.5
Jovetic - only player on the pitch in white that had any clue the first half and got another goal. he's our guy, but he needs help. 7
mihajlovic - it's over. this is all we'll get from this squad with this guy as coach. I honestly believe that anyone, regardless of what the players say, could now come into the locker room and inspire greater play than Mihajlovic. Granted, he hasn't been dealt the greatest of hands by management, but that's partly his fault as well. He should've stood up to the DVs and demanded they solve the Montolivo situation, he should've demanded better players. I don't care who comes in, Jojo's mother could coach better than this fool. 2

Looking Ahead
There's really nothing to look forward too, except more of the same. Frey and Dainelli come to town with Genoa this weekend. expect another loss or tie.

Europe comes off of Daylight Savings this weekend, so sunday's games will be one hour later for us than normal. Fior's Game time is 10am edt on Sunday.