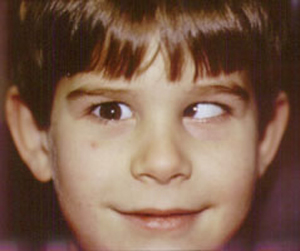 Miroslav Klose was booed, hissed and whistled for 83 minutes, had two Fiorentina defenders draped on him most of the afternoon and still managed to sink a shaky Viola ship with a header to give Lazio a 2-1 win at Stadio Artemio Franchi in Firenze, Italia. The purple wall shown in Naples was reduced to rubble and the Fiorentina attack squandered chance after chance as Viola Tifosi are left Hung Up On Their Love, wondering if their nervous systems can stand another season full of these Schizophrenic episodes or if the on-again off-again mentality of this squad is going to turn us all Bi-Polar.

Schizophrenia: a mental disorder characterized by a disintegration of thought processes and of emotional responsiveness.

Bi-Polar: an affective disorder characterized by periods of mania alternating with periods of depression, usually interspersed with relatively long intervals of normal mood.

In all seriousness, both of these conditions are no joke and I'm not attempting to make light of them, but i find myself extremely depressed. The loss leaves Fiorentina in 9th place, although Milan could pass La Viola with a lot of goals this evening.

Report Cards
Boruc - could've done better on the first goal, but had no chance on the second. credited with 5 saves. 6

Gamberini - had some good plays, but left Klose wide open for the winner ruining all the previous hard work. 5
Natali - I'm really done with the Cesere Natali Experience. His back pass almost gave up another goal and he didn't really win that many headers. What's the point of using up a non eu spot for a kid if the coach won't ever play him? 4,5
Pasqual - for every good cross he had (1 or 2), he had 3 bad ones. constantly too far forward, not even in the picture for the second goal. 5
Lorenzo Di Silvestri - reportedly worked his ass off in practice to earn the start over Cassani and got owned. Hernanes dressed him in a bib and diapers and spanked his ass all over the field. guilty and to blame for both goals. back to the bench. 3

Behrami - does his part and works hard, but without a center in his midfield, he's out basically out there on his own 6
lazzari - still not fit. plus he has to be subordinate to our amazing striker, pasqual, so he doesn't get a lot of chances forward. he should get better and will need to. 5.5
Montolivo - horrible. one good moment of dribbling out of trouble early earned him polite applause and one pass freed up Cerci, but chaka's touch failed him on what should've been an easy conversion on that try. every other time he touched the ball it was offsides, out of bounds or to a Lazio player. Khajra's appearence late showed he's clearly not the answer, so, until we can transfer in someone competent, this is what we get. 4

Vargas - slow and ponderous, can't get past his man and every cross was blocked, most for corners, admittedly, but we're used to way better. needs to spend a month on a beach somewhere. what he gets is a flight to the other side of the world and back, plus two friendlies at high elevation. whoopie. 5 ; Silva - Did better, but missed a few chances that a true cold blooded striker would've had for breakfast. 5
Jovetic - still not fit. There's no power on his shot at all. passing and dribbling is coming along fine, but he can't finish, he needs to set up others. 5.5
Cerci - still the only threat, so he's getting more and more attention. very little cohesion with the rest of the right side tho. it's Alessio against the world out there, and, thankfully, sometimes he wins. Wasnm't enough today, tho 7

Mihajlovic - perhaps it was because he was going against a two man front rather than Napoli's three, or maybe because he felt he earned it in practice, but in hindsight, choosing Di Silvestri over Cassani was an Epic Fail. Not recognizing that fact and stubbornly staying with the wrong player until he gave up the second goal is just ignorant. 4

Looking Ahead
International Week, used to be international break, but most of our guys go off and play somewhere else anyways.
Jovetic, Vargas, Ljajic, Behrami, Kharja, Montolivo and Cassani all have been called up.

After the "break," Fior will travel to Cesena, where a hungry Adi Mutu awaits. Cesena are in the relegation zone with only 1 point and desperately need a win and if Sinsisa Mihajlovic's squad comes out distracted or uninvolved, it will be the first win for Adi and the Cavallucci Marini.