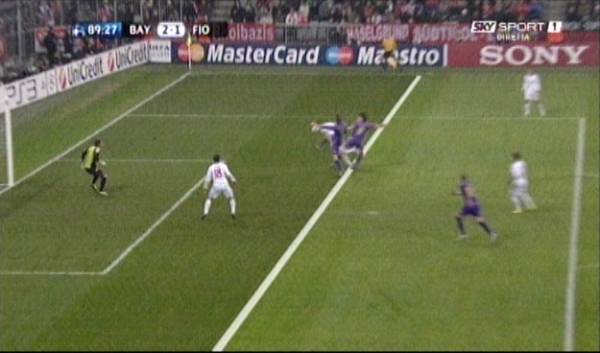 May a thousand angry whistles from the Fiesole rain down upon you...

He's back, the man responsible for Fiorentina's outing in the Champions League, he's got a whole new team who coming off a 0-0 draw with Palermo and a 2-1 loss to Sporting Lisbon are a team looking to right themselves and dust off again.

After a tactically exciting 0-0 draw with Napoli, Fiorentina are on the upswing, we're well 7 points into the season and the team is as charged up as ever. Lazio however has always been a tough nut to crack even at the Franchi, last season yielded a 2-1 win for Lazio with the sole viola goal coming from Adem Ljajic. Fiorentina has rarely beat Lazio over 1 goal.

Reja is already taking flak from the Olimpico crowd but praised his side's defensive abilities last week after a scintillating 0-0 draw. With an ever growing injury list, it'll be interesting to see how the team responds.

In the traditional 4-3-3, the big news in the formation is Santiago Silva's second chance as a starter. He'll be joining Cerci and JoJo up front, Boruc will be covered by Pasqual, Natali, Gamberini, and Cassani, supporting Behrami in his Donadelesque mediano role, joined by Vargas and Montolivo.

Edy Reja's boys come in a 4-3-1-2 with Marchetti in goal, Konko, Diakite, Dias, and Radu backing him up while Brocchi, Gonzalez, and Ledesma back Hernanes, Cisse, and Klose.

The Tactical Key
We'll have to approach this game like we did the Napoli match, it'll be a game of tactics and possession and we'll have to slowly pry open the defense and snake our way into the area. Ceci has a particular penchant for scoring goals against Lazio. The main dangers here are obviously ones such as Hernanes and Ledesma, but keep an eye in Cisse, he worries me more than Klose does and it's going to take the same Natali performance we've seen in the last few weeks to hold them back.

Its time to close down Klose once and for all and keep our streak running. FORZA VIOLA!!!