Share All sharing options for: Movin' on up: Fiorentina-Lecce 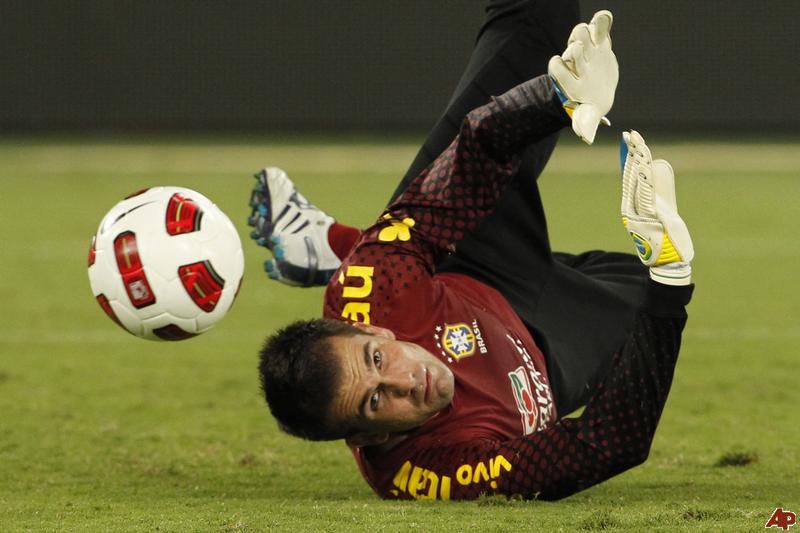 After a couple of weeks of positive results, we come back to the Franchi to take on the Southerners from Lecce. Time to make an impression on new boy Neto (pictured above)

In a 0-0 draw at the San Paolo last week, we looked more like a team than we've had all season. Tomorrow we get to fly our colors at home with a potentially tricky match against Lecce. Why tricky? Well the last time Lecce came to the Franchi in the 2008-2009 season, they left with a 2-1 win and three points, with both goals scored on devastating counter attacks. Lecce further frustrated us that season by holding us in a Champions League deciding 1-1 draw, and then defeating us earlier this season in a 1-0 loss. In other words, don't let their position on the table fool you. It also doesn't help that a majority of the boys had a quite wild Friday night...

We come into this match with a match fit Boruc and a healthy LDS returning after a brief injury scare. We come into this match with the same lineup we saw against Napoli. Boruc in goal, LDS, Kroldup, Gamberini, and Pasqual, Donadel, D'Agostino, and Montolivo covering mid, and Santana in the hole behind Ljajic and Gila. Its going to be a total offensive game from here on out. Vargas is injured along with the usual suspects, and Mutu is still teamless even though he still enjoys the boys nights on the town.

Vargas is risking charges from the city of Florence for lending his car to his drunk license-less cousin, and is also facing a fine from the club. Mutu decided a club reunion on a Friday night was in order and a majority of the team was there, but sources say that Ljajic, Gila, and Gamberini all left the party at a reasonable hour. Artur was last seen in the bathroom swallowing paint thinner and screaming at Taylor Swift in the mirror.

Despite the shenanigans, looking forward to a successful game tomorrow!