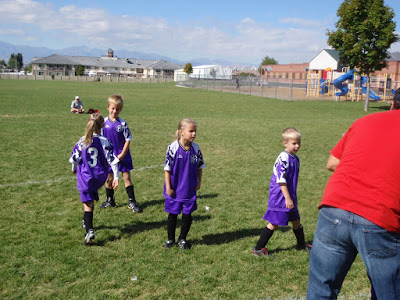 For my Post this week, I think I'll start with something I'M finding a lot more interesting than our team.. ME

As some of you may notice, my first review had a musical theme and I continue that here. The reason for that is that music is a big part of my life and there's always a song going through my head of some sort. I frequently will listen to a song in the morning to set myself a context for the day, conversely, as my day happens to me, songs will come into my head of their own accord.

The band that came to me in the first half has a name as appropriate as the name of their song, for not only did Fiorentina play like Garbage, they also played like Stupid Girls ("all you had you wasted"). the words just flow: pathetic, embarrasment, disgusting. They sound better in italian: patetico, imbarazzo, disgustoso.

Someone posted earlier that Ricky Monto looks like a little girl, well this weekend he sure played like it. Whether he was tired from international duty, butt-hurt from the transition from Gentle San Cesere back to Mean Mr Mihajlovic or stuck in a cranial to posterior face plant from his contract buzz, he was absolute merde. he singlehandly gave up the goal that cost us a point, although we didn't deserve even that really.

To be honest, I'm not even very upset by the refs getting it wrong, once again. I expected it even. which is perhaps the subject of another post, serie a officiating used to be the best, now it's possibly the worst. It is disturbing to see it happen to us two out of two weeks, however

Add to that fine mixture an unexplainable set of substituions and it's confusion in ViolaLand.

Frey - goal not his fault. 2 decent saves in the second half. 6.5
LDS - he plays too far forward and can't get back, when he contibutes up front, it's not too too bad, but when he doesn't contribute up front, like today, he's detrimental. my notes say invisible in the first half and a couple of bad crosses in the 2nd. constantly walking back, causing offsides 5
Felipe - caused the foul that led to the monto mistake and the only goal. had a few other dumb fouls. in his defense, practically every goal kick that came his way, he won the header and he had several other headers and plays to get the ball out of bounds safely 5
Kroldrop - strong in defense and an offensive threat. should've been awarded a goal. could've been our man of the match 7
pasqual - not impressed. every cross but one was off target, he was caught upfiled time and time again without pace to get back. gave the ball away time and time again. 5
zanetti - old, slow, starting to look like a backup. might be bolatti time 5
monto - see above 4
Marchionni - i put march's perfomance on mihajlovic's shoulders. he can't play out of posistion. what i do put on march, however is his lack of energy in teh second half. caused a few offsides with lazy play. can not happen 5
d'agostino - first half was as bad as the rest, with the exception that he was the one person who could hold the ball and not have it taken away easily. when he moved to zanetti's spot he perked right up and started playmaking and the team responded and should've tied it up with the kroldrup goal 6
Cerci - pure energy, only player that really looked like they wanted to be there. unfortunately he's not baggio and can't beat a team single-handedly 6.5
gila - looked tired and uninspired. maybe another prandelli hangover 5
mihajlovic - questionable starting lineup, i would've sat monto. another early goal, the team is not focused at the start. after the goal, he allowed the team to wallow in self pity the rest of the half. seemed to be a decent talk at half, as we came out strong, but even more questionable substitutions seemed to cause disarray. 4

subs
ljajic - missed an open header and 2 free kicks, although one looked to have been handled, trying too hard 5
babacar - good effort but it was really too late n/a
donadel - white flag time.

moving forward
Now, it might seem like Garbage is as low as we go, but before Shirley Manson joined Garbage they called themselves Rectal Drip, so it could theorectically get worse, but next match will have vargas and gamberini back from suspension, so we will finally get to see what should be our "real" starting lineup, at least until mutu makes it back. lazio was unimpressive in their first match away, although they did score three goals at home this week. We'll play on saturday, at noon eastern time. should be on tv