Lets get down to business: Fiorentina Season Preview 2010-2011

Share All sharing options for: Lets get down to business: Fiorentina Season Preview 2010-2011 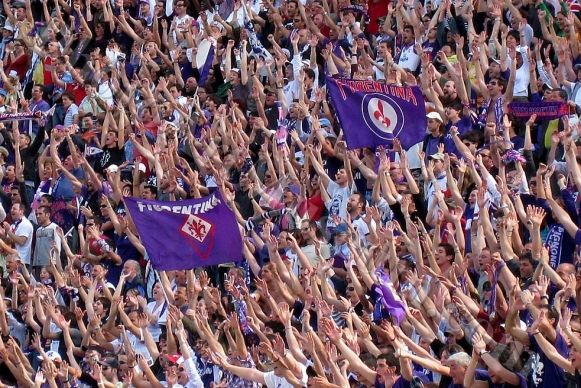 Well its here. The schedules are set. The training camps are over. The roster is (more or less) complete. The waiting game begins and we analyze what we know of our team and what they will face in the next season.

Summer Recap
We ended last season on a low note. We were 11th in the league and the 2-0 loss to Bari reflected the feeling we've felt though the first half of 2010. We were harshly knocked out of the Champions League, injuries piled up, and rumors started flying. We were hearing about a Juvelution which would see half our team including Prandelli, Corvino, and the Franchi groundskeeper headed up North, thankfully this was no more true than the bs that goal.com can spew out on a daily basis.

So as soon as the season ended, the Florentine revolution took place. Our season ended with a rather odd post-season North American tour where we tied the home team in Toronto and then beat Juve 1-0 with a superb JoJo strike. In the midst of the tour we learned that Prandelli had accepted the offer to leave the Franchi (but not Florence) and coach the national team. We were proud but upset about his departure, especially after 5 fantastic years of memories. It was no sooner that Prandelli had walked out the door that Corvino in his classic "Corvinatas" appointed Sinisa Mihajlovic freshly out of Catania, to head our team, seemingly stealing him from under Inter's noses. We knew he had singlehandedly rescued Catania from regulation in a late season miracle, and the man has as much talent as he does a magical freekick ability. So we had Miha under our wing, Corvino's next move would bring us to an old flame. On June 3rd we signed Gaetano D'Agostino from Udinese who had been long admired in Florence and throughout most of Italy. After securing D'Agostino we were sure of a few things, Mutu was leaving at some point, and we were going to get a defender....right? In the midst of Mutu's evermounting legal troubles, we found out his appeal had failed and Chelsea were now imposing a 17.5 million euro ban or indefinite suspension. Yet the man who has carried our #10 announced he had no intention whatsoever of leaving Florence and fighting for his spot here, despite interest from Turkey and Qatar. Meanwhile on the southern tip of Africa, our capitano, and our talismanic striker were fighting a losing battle in what would prove to be the national teams worst world cup performance in history. While Montolivo did have a decent showing, Gilardino was cut off, unserved, and the spark never lit and the national team quietly faded out. So Mutu was staying, how about that defender? Well we got one...sorta...Around early July Corvino left a cryptic message to the press. "Our next signing's name ends in C" oh...ok...so we're just raiding Partizan again for another Ser...wait...really? REALLY? R-E-A-L-L-Y? WHY??? And thats when the blond, tall, and eternally psychotic Artur Boruc stepped his gigantic foot in Florence to be...yes...our backup goalkeeper. The press lost it, this had to be the end of Frey, no way you could have two quality goalkeepers in the same team sitting on the bench. It turns out this was Mihas plan for friendly competition. Have quality filling each role twice so theres no problems should they have to switch up. It was around this time another familiar face showed up at the Franchi, our tall lanky Senegalese, Papa Waigo returned from England with a passion to once again play for the purple. Miha was generous enough that day to offer him a chance to prove himself. Meanwhile quietly our outgoing market was much more hushed than our incoming. At the end of the season Massimo Gobbi, our guitar hero leftback, had decided his purple shirt had irreversibly faded in the wash and he wanted a new one...one that was possible blue, white, and red, or red and yellow, or white and baby blue. So he packed his guitar and left Florence. Meanwhile our two youngsters had decided they weren't going to sit on a bench all season, so Seculin went to Triestina and Di Carmine went to Frosinone. Back in the Franchi office, Corvino was fighting battles with the big European clubs who saw our boys as hot property. Frey to Arsenal, Vargas to Real, Gilardino to Napoli, Montolivo to Juve, the Franchi groundskeeper to San Siro...we were hearing stories every day of "done deals" and "will he/won't hes" but in the end Corvo was able to hold on to all his aces and then some. It was around this time that "Insuagate" started. We had been tracking Insua all summer, and a deal with Liverpool had been found and the boy had bought his tickets to Florence and his year long pass to the Uffizi. But little Emiliano decided in decorating his Florentine home he wanted the 70 inch flat screen instead of the 65 inch plasma. So he asked for a premature raise of 2 million. Corvino refused, and Emiliano and his tv fell away into transfer obscurity (aka Genoa) So the boys had made their home in Cortina d'Ampezzo, the gym days, stretches, forest runs, and family games started. Around mid-July, our new shirts were revealed. Gone was the "Toyota" sponsorship and with a lack of any sort of corporate sponsoring, we settled on a simple message. "Il Calcio e un Divertimento" (Football is Passion). We had switched our jerseys for rugby style polos and the third red kit for florescent yellow, which will make watching online feeds look like watching 11 running highlighters. Our first season friendlies came against Calcio Cortina where we won 6-0, followed by Vazzolese winning 9-0 and Montebelluna where we won 8-0. Our first real test of the season though, came when we flew to London to face Tottenham, Englands Champions League 4th placer. We kicked off the half at 8 minutes with a Papa Waigo cross finding Gilardino for a header. At 29 minutes, Comotto, worried how the London humidity was affecting his perm let a slow ball roll off to Giovani Dos Santos who crossed for Pavlyuchenko to tie. 6 minutes later though, our wonderserb Ljajic hooked a Marchionni cross to put us up 2-1 before the break. After the second half things slowed down for us, and it turned to be our undoing as Keane knocked two into the viola net and in a late winner took a win for the home team.

Just mere days before we headed out to London we were hit with a proverbial sledgehammer. Our golden boy was knocked out by a careless Argentine tackle. Jovetic took a distorted knee ligament and required surgery. The prognosis...8 long months on the sidelines. Plans were quickly made and it was settled that Ljajic would step up to fill JoJo's spot. (Update: Following Ljajic's brief layoff D'Agostino will play the trequartista role)

So that was our turbulent summer. We kept the players we needed, we more or less fixed our midfield problem, and although defense is still lacking, we're set to go for the season.

The Formations
Miha is most keen on two things. 1- Having two attackers running at all times and covering every position, and 2- having a defense placed higher than Prandellis. So here are two possible formations we could be using this season.

So to all my purple people thats my season preview. Our goal is a Champions League spot and I have a quiet optimism that we have the team to do it. If we can survive the first month and get into a regular rhythm (and remember Adrian Mutu returns October 29th) we should have a successful first season. Before I close this off I offer something to get you pumped for the new season (just ignore the fact that its last years Christmas video)
FORZA VIOLA!!!