Share All sharing options for: Bari Preview (and more) 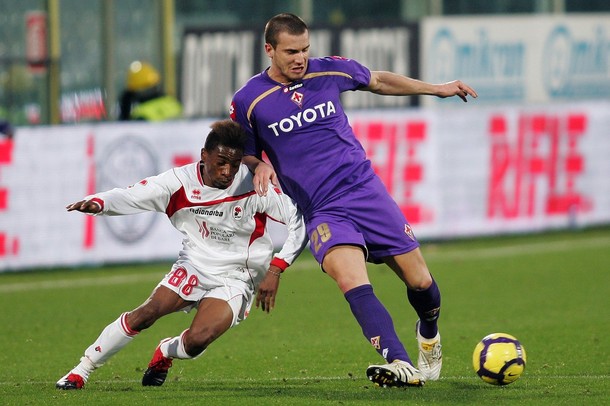 After last weekend's seemingly dull draw against Siena (none of us can really verify that, as nobody cared enough to stream the match for us) we drop to 10th. We also have a ton of injuries. So whether or not Prandelli was planning to play the kids for this last, meaningless match, he has no other options. Sweet.

I'd like to see what kind of defenders our youth team has. We've seen so much attacking talent come through our system, but no defensive mids or defenders. Tomorrow is the perfect opportunity to give some of the new boys a run out.

“Anyone who doesn’t care about the Viola jersey or feels they have completed their era here can leave,” Della Valle told Radio Blu.

“We know that we already have a good squad and there won’t be the need for any revolution. All we require are a few important signings to push into a solid group.”

“We are all together planning the future. Unfortunately this year we have not been able to qualify for Europe, but we will make up for that.

“Now we must begin again with enthusiasm, everyone united and solid. As for me, I feel the responsibility of giving the fans reason to celebrate again.”

Everything about this makes me happy. 1. We are only selling people that don't want to be here. 2. We are going to have a few important signings. 3. Della Valle, Corvino, and Prandelli are all best buds again. Phew. I was worried about them fighting with each other, due to some recent rumors.

Canada
Looks like the Canadian tour will only have two dates. Fiorentina v. Montreal Impact, May 23, 2 pm at the Stade Saputo. Fiorentina v. Juventus, May 25, 8 pm at the Rogers Center in Toronto. Mike B has four tickets available for the Montreal game. If you want those tickets (and if you give a valid email! I'm looking at you Sebi) I can give your email to Mike B. Alessio from the Juventus Offside is going to the Juve game, so if anyone is gonna be at that one, definitely look him up.

the slakas scoop
If you've been around this page for awhile, you will have noticed that slakas finds information that nobody else can find. Streams, transfer rumors, primavera squad info, what your favorite Viola player ate for breakfast, you name it. If you don't obsessively read every comment, you may miss some tasty nuggets of info/gossip. So I thought I'd make this a semi-regular section, where I recap his best comments. Slakas, let me know if you object to this. Maybe you have this information copyrighted. Or maybe the slakas name is trademarked. This page doesn't have the funds to pay you royalties.

1. Papa Waigo N'Diaye is back from his loan at Southampton. If you don't remember him, here are the two most important facts about Papa Dub. He scored the equalizer in the Juventus match. Video above. And he has the best goal celebration of all time. OF ALL TIME

2. Tomorrow's match is worth 700,000 euros, due to television revenue allotment. Kroldrup makes 750,000 euros a year. The Krolstache is also having a disagreement over salary figures in his contract extension talks. If we win tomorrow, we can pay Kroldrup. Win for Kroldrup! 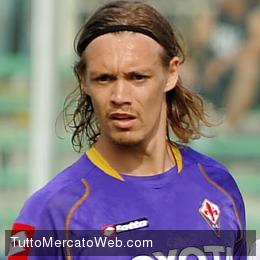 3. Transfer Rumors This comment got flagged as spam, due to too many links. It has never been seen in the wild. Enjoy this rare specimen of slakas comment.

in market news:
there’s tons of names being thrown about, but since most of that is just coming out of someone’s butts, i’ve been ignoring it. but feel free to persue yourself

See you guys here around 9 am Eastern, where we shall search in vain for a stream. Forza Viola.