Share All sharing options for: The Flying Islanders Come to Florence: Fiorentina-Cagliari 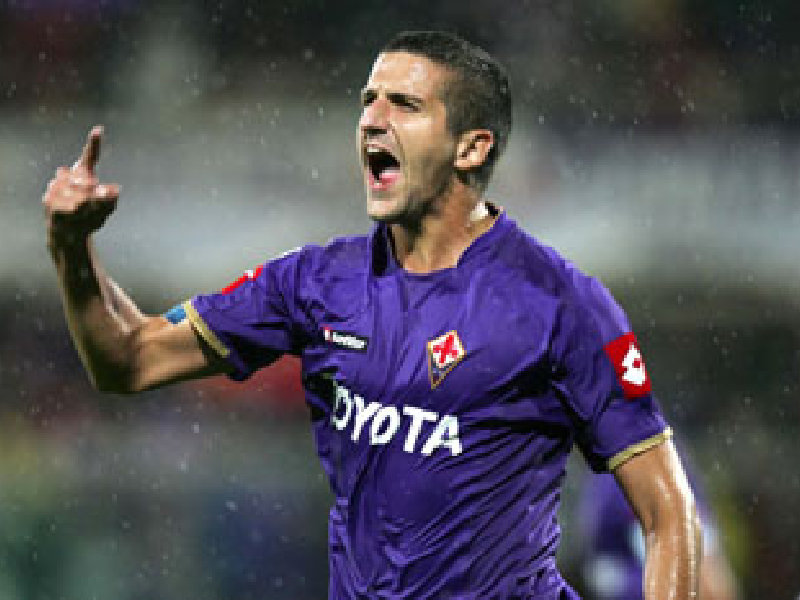 On the heels of a praise worthy performance, we find ourselves back home after 2 weeks on the road, and back to a normal Sunday schedule.

Its been a long time since SuperGambero has been in the spotlight, so in light of our entire defense being suspended, he gets the view this week.

A rejuvenated Cagliari comes to Florence on the heels of a hot streak under new coach Donadoni. Of course what weekend would it be when were not under crisis and oh boy are we this week! This week we see 3/4 of our defense locked out, Kroldrup serving one more day of suspension, Comotto suspended due to accumulation of yellow cards, and Felipe who in January will be playing an accordion with a monkey under the Ponte Vecchio.

The good news is SuperArtur after a standing ovation performance against Juve returns near the post, and future Viola star Camporese will start in what is not his rightful place next to Gambero. De Silvestri finally returns to the starting lineup in an attempt to impress Mihaj (although seriously Sins...how many goals has Comotto scored this season?) While Pasqual keeps his place. D'Agostino and Donadel are running the midfield show, while Santana, Ljajic, and Vargas backup the returning Mutu.

For the Islanders, Nene and the freakishly scary Matri will attack, with Cossu backing them up. Nainggolan, Conti and Biondini take the mid while Agostini, Canini, Astori, and Laner are in front of Agazzi.

Just like Ibra one week, and Krasic last week, Matri is the one to contain, he has a devastating foot and will strike with enough space.

Cagliari are always a difficult team on the road or at home. They've traditionally knocked us around on the Island, and last season was a narrow 1-0 win. Cagliari come off a 3-2 win against Lecce where they were 3 up after 28 minutes but took 2 late in the game. (It seems we're the only ones incapable of beating Lecce).

Question of the week:

Donadel has done a fine job as captain and found his form in a spectacular way this season. Would you support making it permanent?